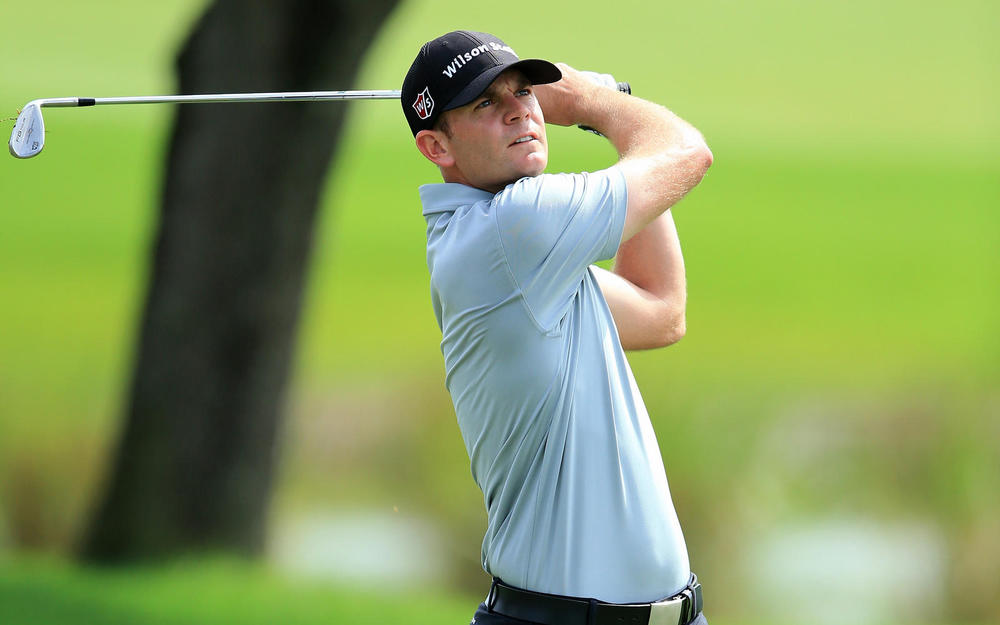 Timeframe: Past 24 Rounds unless specified. May look at last 12 and 100 rounds as well

How was everyone's offseason? Did Week 4 of the NFL or the end of the MLB season go well for you? Did you enjoy the conclusion of the NHL preseason? I won't ask about the Ryder Cup. Welcome to the start of the new PGA Tour Season, which starts exactly 11 days after Tiger Woods won the Tour Championship. It's the shortest offseason of any sport, but while these fields in the Fall Swing won't be large or feature many big names, they all count towards the 2019 Fedex Cup Playoffs. The points earned at the Safeway Open are the same as they are at The Memorial or Genesis Open.

For those of you playing DFS Football, you really need to check out the tools available here on My Fantasy Fix. For those of you that are just looking for free content, I do a podcast with Bennett Karoll of SiriusXM each week, looking at a few key situations going into each week. This is available on almost every podcast listening service, including iTunes, Google, Stitcher, and Spotify, to name a few. Phil Backert of SiriusXM looks at a few players in great matchups and explains why you should play them, and I write a history/splits article, looking at prior matchups a player has had against a team, or splits that may benefit/hurt a player each week.

If you are looking for more, consider a monthly or seasonal Premium subscription. With this, you get a premium podcast where myself, Phil, and Michael Waldo break down the slate in more detail. You also get updates when injuries and news breaks 24 hours before kickoff each week. Finally, you get access to the optimizer, which includes projections and a lineup builder. On the optimizer, you can enter your own projections if you choose, the Fantistics VAM rating (where should you spend your money), ownership projections, and many our extensive statistical database. $35.99/month, $99.99 for the season, which includes a 14 day trial if you subscribe for the season package. If interested, click here to sign up.

I'm changing up my stat model slightly this year. The primary stats are the ones that I factored into my model. The secondary stats are ones that I'm looking at, but I didn't weigh into the model. For example, this week, six of the ten Par 4s fall between 400-450 yards, and three of the four Par 5s are between 550-600 yards.

The other big thing about the start of the new season and the Fall Swing is that we get to see some of the new golfers that earned tour cards by finishing in the Top 25 of either the Web.com Tour season or the Web.com Tour finals. These players tend to go underowned (and underpriced on FanDuel, as they all are below 8k) as they aren't known by everyone. Even looking at Vegas odds can start to help you figure out who to take a look at. I'll try to include one or two rookies, minimum, in each article. But don't be afraid to take a rookie or two, as they should go low owned.

For the Fall Swing, I'm only going to do a brief write-up on 1-2 golfers in each pricing tier. I may include some other names I am looking at. I may end up playing someone I don't write up, but will do my best to update that throughout the week. There will be no Wednesday update this week and probably not during the swing where the tour is in Asia.

Unless I'm forgetting someone, Cantlay is one of two golfers playing this week who played at the Tour Championship (Phil is the other one). Cantlay did have three Top 25s in the Playoffs, with an 8th at The Northern Trust being his best finish. He ranks 2nd in GIR, 5th Tee-to-Green, and 6th in Approach. A great ball striker, at a course where we should see a winning score in the mid-teens under par, Cantlay makes a lot of sense, especially with the value of the rookies that is present. (GPP, Cash Game Playable)

If you read my articles last season, you know that I am a big fan of Niemann, long-term. I think he's on a similar type of path as Jon Rahm. The former #1 amateur in the world had four Top 10s in 13 starts. He does have a little boom/bust in him with four missed cuts, but I like his Top 10 upside. Niemann ranks 1st in Birdies or Better, 2nd in Tee-to-Green, and 3rd in GIR and DK Points. Even though I like Cantlay, I don't know if I like him 1,300 better than Niemann, who is my favorite play in this range. (GPP, Cash Game viable)

Others I May Consider: Brandt Snedeker, Emiliano Grillo

This was the first player I looked at and thought: why is he this high priced? He is tied for 7th in the odds to win despite finishing 149th in the FedEx Cup standing last season, with only one Top 10. Then I looked at how he did in the web.com Tour Finals: 5th, 9th, 13th, and a win. There's nothing in the stats (28th in GIR is best) that stands out, but hot form in the web.com Tour Finals has me intrigued. I don't think I'm paying 9,700 for him on DK, but 8,400 on FanDuel seems way too cheap, and I will consider him there. (Cash and GPP on FD, GPP only on DK)

Steele will be our weekly case of course history vs recent form. Steele's worst finish at Silverado is 21st, and he has won this event in back to back years. However, he has missed five of his last 10 cuts, with a 43rd being his best finish in that time. Maybe a short break is what he needed, but I think it is hard to trust him, even at an event he has played well at. He's an elite course history play in tournaments only. (GPP)

Others I May Consider: Adam Hadwin

Mr. Fall Swing, List has played in five events of each of the past two Fall Swings. In that time, he has only missed one cut with seven Top 25s in that time frame. List didn't have the finishes he would have liked at the end of last season, but there was only one truly bad round in that time frame (76). List is always a statistical favorite, ranking 9th in GIR and 10th Tee-to-Green. He has had a decent history here, but is due for a win relatively soon. He's in GPP consideration for me. (GPP)

It took Bae a while to get back into form after serving a two-year mandatory military service obligation in South Korea. He struggled during the PGA Tour season, but found some form in the web.com Tour finals, improving from a 45th, to a 6th, to a win in the third event of the finals. He's also a former winner here, winning the inaugural event at Silverado in 2014. Like McCarthy, he's a form play and a much better play on FanDuel, where he is only 7,100. (GPP, Cash Viable on FD)

Others I May Consider: Chris Kirk, Harold Varner III

This is a World Golf Rankings Play, as Frittelli is 69th currently, and had a solid web.com Tour Finals with a 9th and 17th. He played all four majors, though he only made the cut at the PGA. But in this field, I'll take that. He does rank 16th Tee-to-Green, but mainly a Euro Tour player last year, we don't have a great sample of stats. I'll take a shot as a world-class player, even if we don't know how exactly he translates to this tour. (GPP)

The money leader on the web.com Tour last year, Im gets the promotion to the PGA Tour, where he should find some success. He had two wins and three 2nd place finishes to help him win the money title a year ago. Im missed the cut at the U.S. Open but was 42nd at the PGA Championship. Five Top 2 finishes is impressive, no matter what tour your on. I like that upside and at this price, he's playable in any game format. (Cash and GPP)

There isn't anyone else in this range that I would feel comfortable playing, especially since I like some of the value in the low 7k range. But, I can take a chance on Duncan. Duncan finished 5th here a year ago and while he finished last season with two missed cuts, he had made 11 cuts prior. He fits statistically: 4th in Approach and GIR, and 9th Tee-to-Green. Tournament only, but a good debut here and good stats with some decent 2nd half of the season form, he's viable as a punt play here. (GPP)

Do not be afraid to take some chances on golfers this week, especially the rookies. One or two of them usually win in the Fall Swing, and there are some veterans as well who are in good shape after a solid web.com Tour Finals. Good luck this week in all of your contests.