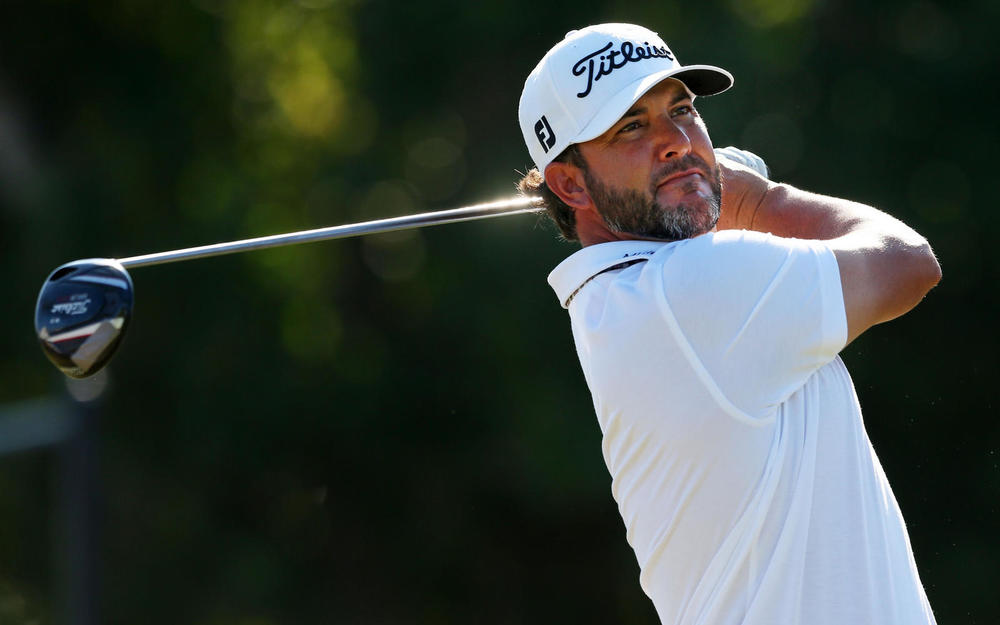 We finally get back to a full field (and Thursday start) for our DFS Golf contests with the tour heading to Vegas for the Shriners. This is a full field so we return to having a cut. This isn't a bad field for a Fall Swing event, so it could be a fun week to play.

Lineup Optimizer for FanDuel and DraftKings, stat projections, ownership projections, in-depth statistical databases, lineup alerts on the weekend, and a premium podcast. Give it a look and try it out. Optimizer lineups have been cashing; still 9 weeks of games so now is the time to join! If interested, click here to sign up.

You see -9 as the winning score last year, but that was the lowest it has been for a while. Many years, you can expect -15 or lower to be the winning score, and I would expect it again, unless weather pops up in the desert. There are quite a few players with local connections here (Ryan Moore, Kevin Na, Scott Piercy) due to either growing up in the area, or attending UNLV.

Surprisingly, there aren't too many that have had really good success at this course. There are some who have but not as many that stick out like they do at other events. Plus, since this is a birdie-fest, we will see some potential out of the newly crowned web.com Tour graduates, who already have one of their own win this season (Cameron Champ last week). So, though stats and tournament history are limited on them, don't be afraid to take a chance on them. I'll try to mention a couple of them along the way

Do we still remember what he did during the first two legs of the Playoffs? He was dominating and though he "struggled" in the final two events, he still is in great form and if this was being played two weeks after the Tour Championship, he would be the 11,400 player here. Bryson was 7th here last year and 36th in 2016, so in a limited sample, he's played TPC Summerlin well (also has career wins at TPC Deere Run and TPC Boston if you want to play the TPC angle). Bryson is 3rd in Birdies or Better, 4th Tee-to-Green, and 9th in GIR. In fact, prior to the Tour Championship, you would have to go back to Febraury to find the last time he lost strokes Tee-to-Green. It seems like a really good spot for him, and with Finau as the hot player, Rickie as the popular player for the casual fantasy player, Spieth as the biggest name, and Webb as a former winner here, Bryson could go overlooked a bit. Play him in all formats. (Cash and GPP)

Others I May Consider: Webb Simpson, Tony Finau (if not 30% owned or higher), or Jordan Spieth (if he's 10% owned or less)

Woodland has enjoyed his first two events of the Fall Swing: 5th at the CIMB and 2nd at the CJ Cup. This gives him three Top 10s and eight Top 25s in his last nine starts. He finished 18th in his debut here a year ago, and did win in Phoenix earlier this year; a course that is in a desert like atmosphere, like the one here in Vegas. He is #1 in my stat model this week: 2nd in Birdies or Better, 3rd Tee-to-Green, and 5th in Approach. The only thing he hasn't done is win, but it is hard to argue against him right now, though projected high ownership may be only reason I don't play him. (Cash, GPP)

Others I May Consider: Chesson Hadley

One of the locals, Piercy grew up in Vegas and not surprisingly, has played well here in the past. Two Top 10s, two more Top 25s, and only one missed cut in his last six starts at TPC Summerlin. He's coming off a 5th at the CJ Cup and 27th at the CIMB, where he made 19 birdies in each event. He won't be popular among the players who weigh stats heavily, as 27th in Fairways Gained his his best stat. However, he is a streaky player, and with a good past couple of tournaments and good history here, he's worth a play in tournaments. (GPP)

Others I May Consider: Joaquin Niemann, Sungjae Im

Interestingly, there is another Sam at the same price (Sam Burns, 7,600, really good last week, and is a GPP option due to boom/bust nature of his game), so make sure you choose the right one if playing one of them. Ryder will be the much more popular one but for good reason: He's made seven straight cuts with three Top 10s. This includes a 4th at the Safeway Open to start the season. Ryder is 3rd in Approach, 9th Tee-to-Green, and no worse than 38th in any stat (Fairways Gained). He did miss the cut here last year, but that was due to an extremely cold putter (also only reason he's had any bad events since July was an ice-cold putter). If he is average this week with the putter, he should be good for a Top 25, with upside for more. (GPP, Cash Game Playable)

In my weekly part where I recommend a player I'm not sure I have written about or played all year, it's Alex Cejka. He is second in this field in strokes gained over the past five year (only behind Webb Simpson) with 32.4 SG. And, he only played four of the past five years. Two runner-up finishes will do that for you. He is 17th in Fairways Gained and 21st in Scrambling, but 109th in GIR. So, he's risky and a tournament history play. But, he's below 7k and with sustained success here, he's not the worst option in this range. (GPP)

Others I May Consider: Mackenzie Hughes, Corey Conners, Tyler Duncan (may be best 6,200 play we see all year).

There is a case for a stars and scrubs approach this week, especially with some real nice values in the low 7k and 6k range. But, there's also some decent options if going balanced. This will be a fun week due to multiple ways you can build a lineup. Good luck this week in all of your contests.