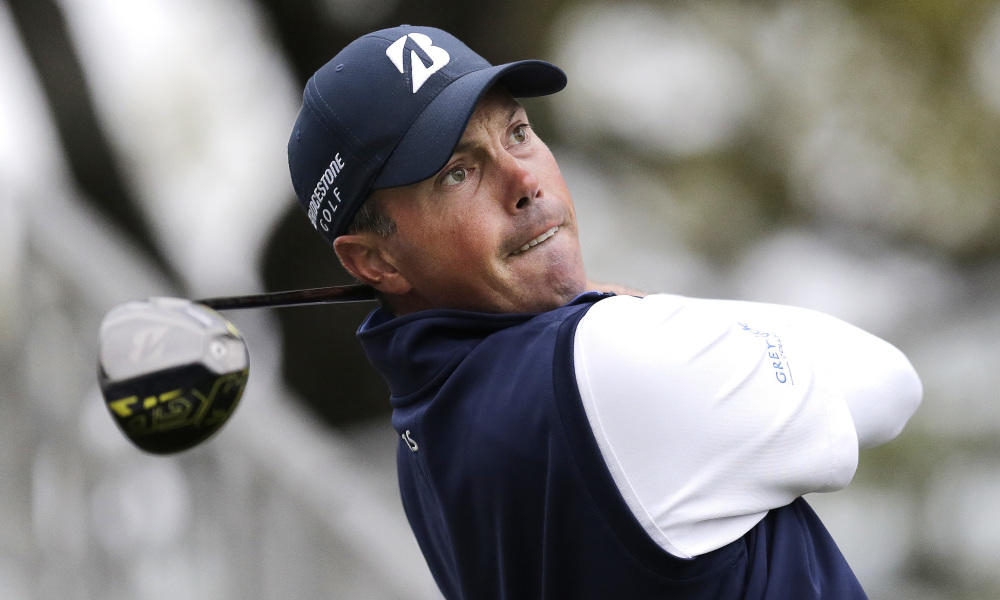 The second half of the "Hawaii Swing" moves from Maui to Honolulu for the Sony Open, and returns us to a normal, 144-man field. If you are new to DFS golf, it means you get to sweat your golfers as they try and make the Top 70 and ties Cut to play the weekend. It's a strong field with a lot of golfers coming from last week's Tournament of Champions and a nice mixture of veterans rookies ready to start 2019 off on the right foot.

In case you didn't read last week's Wednesday Update, this is the last full article that I will do this season. Instead, I will be joined by James Adams (you hear him on the Fantistics Insider Football show on SiriusXM) on a weekly podcast. You can find the MyFantasyFix podcast on most podcast listening devices. Links will be posted each week.

I will post the Tournament History file each week on the website, accessible to everyone. In that space, I will post a Wednesday Update like I have been the past two years. It will still include Roster Lock times, Weather Updates, Ownership, and additional thoughts. I will also give you a few names I am considering in One and Done pools.

Finally, the best part about all of this: it's FREE to everyone. The only thing that we ask is that if you enjoy the content, please consider signing up for a subscription for our football and baseball content here on MyFantasyFix. Yes, there will be DFS Baseball content starting this spring. Of course, you can also contribute by buying the draft software for both sports and the in-season packages.

It's a Par 70 course with 10 of the 12 Par 4s being between 400-500 yards. That's why you notice that range being mentioned in the stats. It will probably take -15 to -20 to win, with the cut anywhere from Even to -2. I think I heard that 6 of the last 7 winners of the Sony Open played in the Tournament of Champions the prior week. Also, Russell Henley is the only golfer in the past 40 years to win this event in his first start at the Sony Open. So, those who played last week will see a slight boost, which should be reflected in ownership come Wednesday night. Also, experience matters here, like it did last week. There are quite a few "course horses" to consider. I won't write up every player in a tier: just ones I am considering or fading as of Monday night. Ownership can always change my mind.

Only 5 players in this top tier, and four of them are in the Top 5 in my stats model. The only one who isn't is Marc Leishman (10,500), who hasn't missed a cut here but no Top 10s since 2014. He was popular last week, coming off a win and 2nd in the Fall, and didn't disappoint with a 4th. He seems like he may get some ownership so I'll wait and see on him. I'm on Justin Thomas (11,400) who was 3rd last week and won here two years ago. He also has a 6th and 14th in the past here and is #1 in my stat model. He's in the Top 10 in every stat except Putting (35th), while ranking 1st in DK Points, Tee-to-Green, and Approach. Gary Woodland (10,800) has a great history here, with three Top 10s and a 13th in the last 4 years at the Sony. He was the hard luck runner-up last week. He's Top 10 in every stat except Putting (57th, and ranking 1st in GIR. There is some concern with him about a withdrawal due to a death in the family, so keep an eye on him. Bryson DeChambeau (11,100) is a concern for me, as he was not good on Approach last week and gained over seven strokes putting. I prefer JT for 300 more, though his stats and form make him in play. After a rough 2018, I'm going to take a wait and see approach on Jordan Spieth (10,300), as I don't think we will get an ownership discount on him at this price.

I don't like much in this tier. There are some plays, but I'm not going out of my way unless we see some low ownership on them. No one has great ownership, and while I'm not willing to see what Spieth does after struggling in 2018, Hideki Matsuyama (9,300) could be a possible bounce-back and I would take the 1300 discount on him. He's Top 50 in every stat, including 1st in Opportunities Gained. I expect Cameron Champ (9,900) to be quite popular, as he has 4 Top 11s in his last six starts. The only other one I have interest in right now is Emiliano Grillo (9,200), due to being Top 51 in every stat category. I don't think I end up here as I do like some in the 8k range better, but Grillo has enough upside that I can consider him here.

I think there are just as good of plays in this tier as the 9k tier, and I get a discount! I'll go in price order starting with Charles Howell III (8,900) who has 4 Top 10s and no finish worse than 32nd in the past seven years here. He was 14th last week and would be a great cash game play. A former winner shows up here with Zach Johnson (8,600) who is no worse than 38th in any stat, and has four Top 15 finishes here the past five years. Matt Kuchar (8,500) had four straight Top 15s here before taking the last two years off He was 19th last week and with the win in the Fall, may be finding some form. Adam Scott (8,300) ranks 4th in my stat model with his major weakness being putting, and ranking 2nd in GIR, and 4th in Tee-to-Green, Approach, and Opportunities Gained. He does have an 8th previously here as well. Finally, Russell Knox (8,100) has a 10th, 11th, and 13th in his last four trips here. 9th in GIR is good, but in the 100s for Birdies or Better and Putting is a concern.

With all the value in the low 7k, I don't see much need to go into the 6k range. The only player I may have interest in, for tournaments, would be Keith Mitchell (6,900) who is 5th in Birdies or Better and 10th in DK points, but in the 100s for Putting and Approach. If looking for a rookie, Seth Reeves (6,700) and Adam Svensson (6,300) could be some rookie darts.

A rare week where I don't like players in two tiers. In the full-field events this early in the season, it's hard to tell who will start the year well. That's why I think you could see some ownership on those who played last week. Check back on Wednesday for the update and check out the podcast next week. Good luck this week!