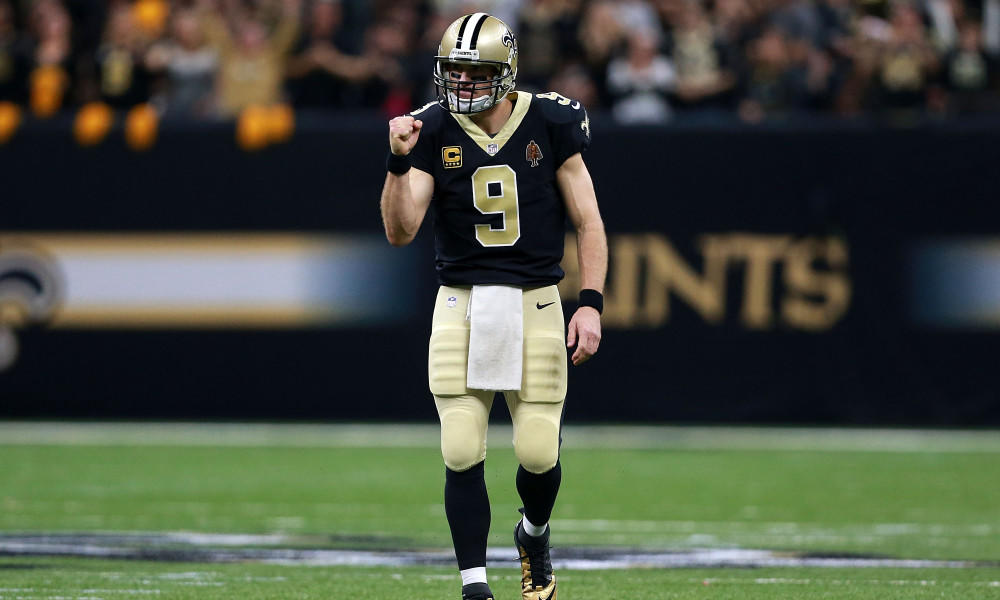 The best weekend of football, in my opinion, continues with two games on Sunday. Like last week, the Chargers are road underdogs that are a trendy upset pick, and the Eagles are a big road underdog. We'll see if the home teams can change things up this week or not.

Nothing really stands out defensively for the Patriots, which shouldn't be surprising. They do what they can to take away a team's strength; problem is the Chargers can beat teams by rushing or passing. It's an ok spot for Philip Rivers (10,200), but the problem is that he only has one touchdown in his last three games. Granted, two were against Baltimore, but still the point remains. Outside of Week 1, he hasn't gone over 25 fantasy points in a game. He may have a good game but I don't think he's a must play in this showdown slate. Melvin Gordon (9,400) feels a little underrpriced to me, though that could be because of his nagging injuries. He did see 17 rushes last week and did play on 54% of the snaps. He has a pretty good ability to find the end zone so I do like him against a mediocre rush defense, who does give up RB receptions. Yet, like almost everyone in this game, he's not a must play. Austin Ekeler (4,800) may be the "safest" Charger play. He will have a role if Gordon is limited, and if Gordon is very limited, it's the Ekeler show. With 4+ targets in four of his last five games, and the Patriots weakness being pass-catching RBs, I do like Ekeler here.

I worry about Keenan Allen (9,200) in this matchup. The Patriots have the ability to take away the opposing team's best receiving option, and limited receivers like Davante Adams, Adam Thielen, Antonio Brown, and Juju Smith-Schuster. Allen also is seeing single-digit targets, and only catching 4-5 passes the past three weeks. The price is too high for me in this matchup. If I'm looking at any Charger receiver, it's Mike Williams (6,800). I wish the price was a little lower, but it's fair in the end. The Patriots have given up some production this season to receivers on the outside (Stefon Diggs, Tyreek Hill, and Corey Davis) this season. Williams has seen 5+ targets in four of his last five games, and is the big play receiver for the Chargers. He's riskier than I want him to be but I think he has the upside to come through. I don't have much interest in Tyrell Williams (4,400) or Travis Benjamin (2,000) outside of a hope for a long TD play dart. I don't want either of the tight ends or the Chargers Defense (3,800), due to Brady getting rid of passes quickly, limiting sacks and interceptions. I'll be curious to see Michael Badgley's (3,200) ownership after kicking five field goals last week. I don't mind him as a last player on your team play, but not someone I'm targeting.

It's always hard to figure out who will have the big game for the Patriots. This is where price and roster construction may give you the player to take a shot with. It all starts with Tom Brady (10,400) who is showing signs of returning to form, with multiple touchdowns in two of his last four games. There are a lot of narratives about the Patriots being done and such, which probably means he will be lower owned than he should be in all DFS contests, including showdown. He's the safest Patriot to me, and I prefer him over Rivers. In the running game, I think you will see more fantasy players choose James White (7,600) than Sony Michel (6,600). The Chargers do struggle against pass-catching backs, and are average in yards per carry and total rushing yards allowed. However, Michel does have a path to be a key part to a winning lineup if he were to find the end zone twice. I prefer White, but may end up with Michel for ownership reasons. Rex Burkhead (3,000) isn't a horrible 3k option, as he does have 10+ points in each of the last two games. I don't mind playing two in the same lineup, with playing all three backs in a lineup if you are multi-entering.

I usually don't start the WR/TE/K/DEF section this way, but I'm not playing Rob Gronkowski (7,200). He just isn't the same player, the Chargers are #1 against TE, and the price is too high for me. I'd rather have the running backs than him in this price range. I do have interest in Julian Edelman (9,600), as he has been between 16 and 23 points the past four games. The Chargers have given up production to the receiver and Edelman is the most trusted receiver of the bunch. His floor is so high and I don't think this game high scoring. That's enough for me to play him. The only other WR option I'm interested in is Cordarrelle Patterson (2,600) as a punt play. His targets are down with everyone back, but ability to hit one big play, get a couple of designed rushes, and possibly return a kick for a touchdown at this price is intriguing enough for me. He's risky, but the upside warrants consideration. I liked the Patriots Defense (4,000) more than I thought, as they do have quite a few games of double-digit points. They have forced multiple turnovers in each of their past three games, and Rivers has been know to throw picks in the past. Stephen Gostkowski (3,400) doesn't kick enough FG for me to be interested.

Nick Foles (9,200) is a decent price and has a good matchup on paper. He has 8 touchdowns in the past three games and maybe should plan on having a bigger upside in this game, as the Eagles should be having to throw quite a bit. However, the fact he hasn't gotten more than 19.5 points more than twice is concerning, putting him on the list of a good play, but not a must-play. I think a lot will look at Darren Sproles (5,400) as he was a popular value play in the whole weekend slate, and has the revenge narrative against the Saints this week. Even if he gets a lot of carries like last week, the Saints have been good against the run. He's not as safe as everyone wants to think, but certainly can be played. Wendell Smallwood (3,600) did see 28 snaps last week (compared to 38 for Sproles), and saw a similar number of targets. I still think I prefer Sproles, but Smallwood may be where I go if feeling more contrarian (or I need the savings from Sproles to Smallwood).

Alshon Jeffery (8,200) had four catches for 33 yards in the first matchup. Though the Saints have struggled against WR1, they have been better as of late, as Marshon Lattimore has returned to his form from last season. Nelson Agholor (5,800) didn't do anything in the first matchup, but has been seeing 6-7 targets the past three weeks. I like the discount on him and should be seeing some snaps in the slot; where you want to be against the Saints. Finally, he saw 90% of the snaps last week, and has consistently seen the second most snaps among the WRs. Golden Tate (6,400) has been seeing about 55-60% of snaps, but still seeing 15 targets total the past couple of weeks. I don't mind him; I just prefer Agholor at a cheaper price and lower ownership. Zach Ertz (7,800) looks way too cheap. However, he hasn't been producing much in recent games (outside of Houston) and the Saints shut him down in the first meeting. I'm ok taking a chance on him, but I don't think he will make my final lineup. I may look at Dallas Goedert (2,000) as a last roster spot punt play, as he is seeing 3-4 targets a game, catching all of them, with TD upside. 10 points would be great, but 5-6 woulnd't be the end of the world. I have no interest in the Eagles Defense (2,600), and Jake Elliott (3,000) would be a last roster spot type of play.

With the number of injuries the secondary has taken this season, it's amazing the Eagles didn't dip to the bottom 5 in any category. But, that didn't help them in the first matchup against Drew Brees (11,000), who threw for 363 and four touchdowns. We all know Brees is so good in the dome so I will not be fading him in this spot. I also will not be fading Alvin Kamara (10,000) due to his pass game work and ability to run as well. He had 17.8 points in the first matchup, and that was with only one reception. I think he gets going more in this matchup and will be more productive than Mark Ingram (6,800), who went for over 100 rushing yards and two touchdowns in the first meeting. Game Log watchers will go to him based on that first game. But, Kamara has outproduced him since. There is always merit to playing both in the same lineup if you want, but if only choosing one, I'll take Kamara.

Michael Thomas (10,600) went 4 for 92 and a touchdown in the first meeting. The Eagles did a really nice job of making sure anyone but Thomas beat them (Tre'Quan Smith anyone). I expect the Saints to adjust to get him involve. I think it's a big game for Thomas and is someone to get get into your lineups. The most popular play may be Ted Ginn (6,200), who saw 8 targets in his return off of injury. He will be among the most popular in the full weekend slate, and while we saw Tre'Quan Smith go off as the WR2 in the first matchup, Ginn would fit that role. He's a good play, but wouldn't be the worst ownership fade if you want to go that route. I don't have any interest in the other WRs or TEs. The Saints Defense (4,600) feels too expensive though they did go for double-digit points in the first meeting. Instead, I would save 1,200 if I needed to and go with Will Lutz (3,400), but I don't think you have to play him. He hasn't had double-digit points in a game since that last Eagles game.