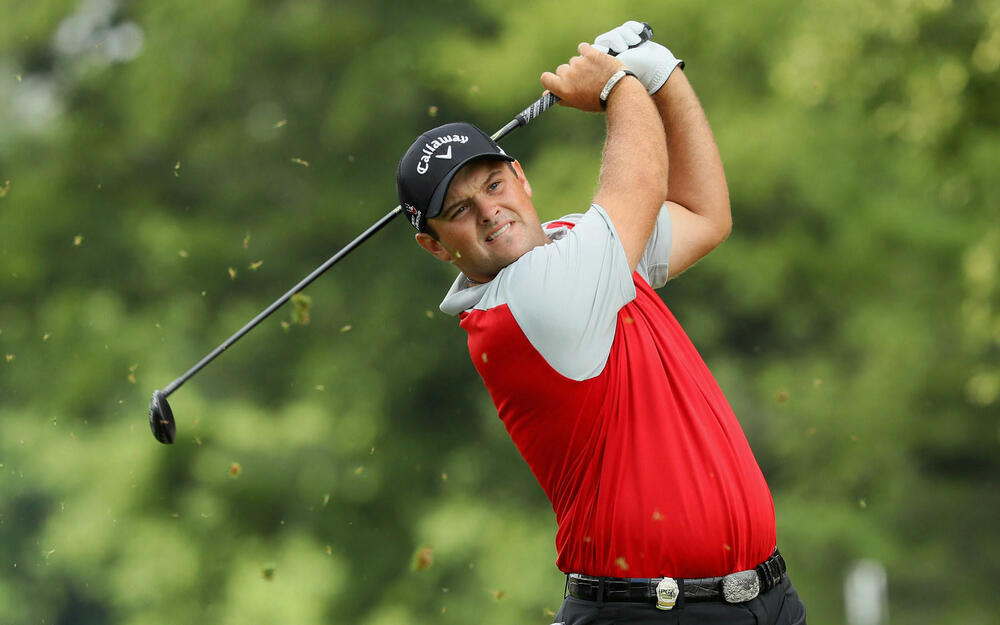 Well, the first two rounds could have worked out better for me. Losing Rose, Casey, and Garcia (Three of my original favorites by tier) was a bummer. I did get four of my eight lineups to end up 6/6, which is around 40-45% in the Milly Maker. James also had a couple of great lineups that were a Rose made cut away from doing really well. That's the way golf goes, and has been a theme for me at times this year: one player missing by one shot has really hurt my teams this year.

Finding stats through two rounds was a little tough for me. But I found them on the Masters website (imagine that). I tweeted the link if you want to look for yourselves. But if you want to see a summary of Greens in Regulation, Birdies and Birdies or Better, click on link below.

Some things I noticed so far:

Good luck in the weekend contests and I hope the stats summary provides some help to you.

Planning on a second update around 10:00 pm EST tonight.

The winds keep changing. Af of 6:00 pm EST on Wednesday night on WindFinder, it looks like winds won't give above 10 mph for the first two days, but gusts could get up to 20 mph. The heaviest gusts appear to be Thursday Morning, with Friday having consistent 15 mph gusts. I'll take another look later tonight to see if anything changes. As of now, it does look like the Thursday PM/Friday AM golfers may have a slight weather advantage. I'm not sure I would go change up lineups like last week or other weeks. But, if you are looking for a tiebreaker, I have no problem using weather as that. Also, if you are playing mulitple entries, stacking the "waves" (Everyone tees off of 1, so it's not the traditional waves we see weekly on tour) may not be a bad idea, in case one of them does end up being better than the others.

10:15 PM EST Update: Nothing has changed, maybe a little more lean towards a Thursday PM/Friday AM grouping. However, I'm still not significantly changing my lineups for this. Just a tiebreaker if I need it.

I'll get into more of this later Wednesday night, but just wanted to briefly mention the players who may end up at 20% or more, in no particular order: Matt Kuchar (30% potential), Hideki Matsuyama, Paul Casey, Charley Hoffman, Justin Rose, Rickie Fowler, and Rory McIlroy. Hoffman is more popular than maybe we would have originally thought because he stands out among the other players under 7k, with a good performance last week at the Valero Texas Open, and a solid history at Augusta. Rose has picked up steam, as I think people are realizing that there isn't the value in the low 7k range and high 6k range that there has been in previous majors and this year. The discount over DJ and Rory is significant enough, combined with a win this year and excellent course history is why you are seeing Rose's ownership rise.

10:15 Update: The one issue I'm having here is Charley Hoffman (Sorry James). I have a general rule that I don't like taking the highest owned player in the 6k range, especially when he is threatening 20% owned. When looking at history, recent form, and course fit, he sticks out as the best play to me. Zach Johnson's isn't in the best form and Kevin Kisner, while an Augusta native, doesn't seem to be a great course fit here. As I go to finalize my lineups, ZJ would be the potential pivot if I decide Hoffman is too chalky to play.

That's all I can think of. If I end up on someone else I didn't mention here, I will come back and put that in here. Enjoy The Masters this week and good luck with all of your Masters related contests.

Schedule on My Fantasy Fix

The first major of the year is upon us and it's time to start researching. There are some things to remember as you think about lineups. First, it is Top 50 and ties that make the cut, not the usual 70. However, anyone within 10 shots of the leader after Round 2 also makes the cut. This field also has a lot of past champions who probably don't have any chance of winning and with most probably not likely to make the cut. The field is usually around 90 golfers, meaning more than half will make the cut. This means you will have to have 6/6, as the percentage will be much higher than any other event this year.

I live in Central Illinois, and am lucky to have heard interviews on 101.1 ESPN Peoria (I also hear they have a really good fantasy football show on Sunday mornings during the football season! Sorry for the shameless plug) with Dave Kindred, who wrote for many years for the Washington Post, and has made many trips to Augusta. He has mentioned that first timers to Augusta have a near zero chance of winning, as there are just too many things to get used to. So, I doubt I use any first-timers, no matter how well they are playing (Lucas Bjerregaard comes to mind) right now. Even when you look at the past history, you rarely see someone do well in their first appearance. Jordan Spieth is much more the exception than the rule. It's a point I will be implementing in my lineups, and if a first-timer finishes Top 5, I'll be impressed and will miss the boat.

Check back on Monday, April 8 for the podcast and favorite plays by tier. On Wednesay the 10th, I will update weather, ownership, and other information that I come across.

(NOTE: I posted the tournament history file early, and included golfers who may have gotten in due to world rankings. Players like Jim Furyk and Lee Westwood did not get in with world rankings, but had a chance at the time this was posted. They are not in the field as of now, so please be aware of that).

I was on SiriusXM with Lou and Michael during the Fantistics Show on Saturday morning, and during it, we got into a discussion about tournament selection. I think this is key for every slate, no matter what you are playing. But, it tends to mean more during these big weeks, such as The Masters. So, let's look at the payout structures for a few of the big tournaments. I will list the 1st place prize, 10th place prize, and minimum cash for all the tournaments:

This was brought up because depending on what your objective is, you will want to think about how to spend your money, say $100. You can play 5 entries int he Fantasy Golf Millionaire. If your objective is to try to win the highest amount you can, then this is your tournament. However, your chances of profiting or breaking even are slim, as you would have to finish at least in 3,000th place (235,200 entries, top 1.5%) to win $100. The gaps between payouts are huge, so you really have to be unique in your lineup builds to get into this range.

If you instead play 20 lineups in the $5, you have more chances to win, but the payout structure is much flatter. You don't have the massive dropoffs in winnings in the top ten. The money is more spread out so if you get multiple lineups to cash, you will have a better chance of getting your money back. Yes, you're not going to win that big amount like you do in the Fantasy Golf Millionaire, but you are more likely to get close to your $100 back, or even profit.

The problem with these first two tournaments is that they are 150-max. There will be a lot of people playing all 150 lineups in these contests: many with optimizers or who play this many lineups every week in golf. They will know how to build their lineups optimally and will be most likely to be the ones at the top of the standings, just due to volume. This is why the $4 buy-in may be your best option if looking to compete on a level playing field. The minimum cash is low, but this tournament does have the highest payout percentage of the three I look at. There are more players than the $5 event, but the top prize is higher.

So, in summary: If going for the biggest prize, play the Fantasy Golf Millionaire. If you are looking at the best chance to profit with the best payout structure, the $5 game is your choice. If you're looking to compete on a level playing field and have a chance at a really good payout at top, the $4 fore is for you. Of course, there are other tournaments and # of entries to consider. Most importantly, figure out what your main objective is to spending and getting a proper return on your money.