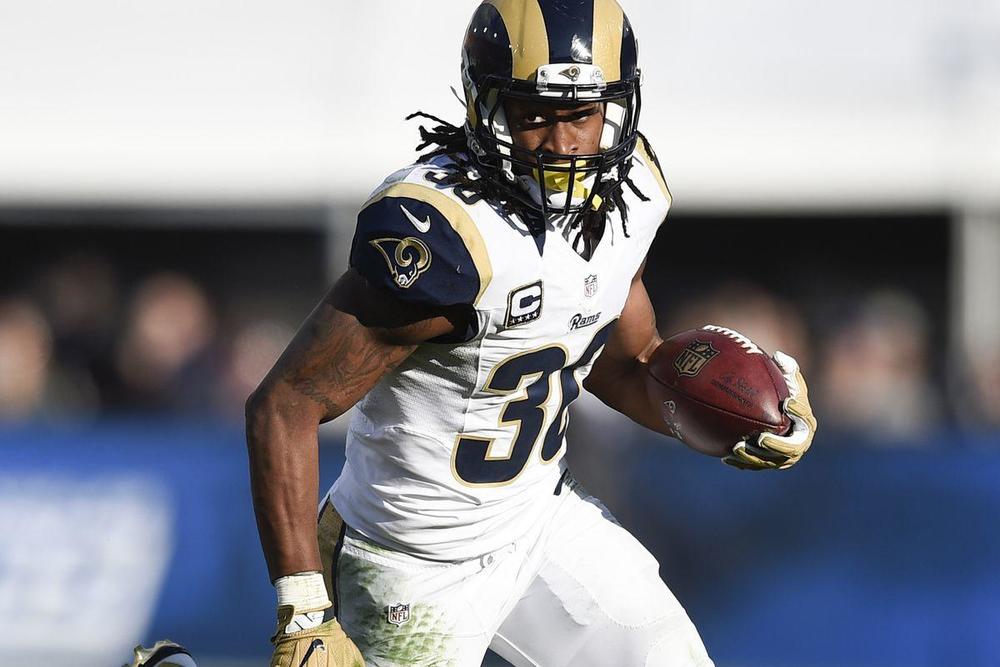 Subscribers, for full access to the spreadsheet with all of the 2018 Showdown Slate information, click on the link below. It will download as an Excel Spreadsheet.

One of the biggest things to be introduced to DFS in 2018 was the new Showdown Slates. One game, six positions, with one player getting 1.5x points at 1.5x the salary. It was a new world for those of us in DFS. I will be writing a free article here each week on My Fantasy Fix with five points to consider for the Sunday Night game and Monday Night game from a showdown slate perspective. James Adams and I will provide some thoughts about the Thursday Night game during our weekly golf podcast that will be out by Tuesday night most weeks. I collected a lot of data on this, but first off, the reason why I did so:

October 7, 2018. I had a horrible day on the main slate and my only potential saving grace was a Sunday Night Showdown Slate between Dallas and Houston. I was in a hotel room watching the game, and casually watched in the first half. About halfway through the third quarter, I (and 250+ of my closest friends) had taken over the lead in the $10 showdown contest, a lead we would hold until an overtime field goal from Ka'imi Fairbairn dropped us a few hundred dollars into second place. But it was still good for just over $1,000 in that contest alone. I had played exactly $5.25 in other contests, winning a couple, netting me an extra $412. Altogether, a $15 investment landed me over $1,400.

From there, I started writing Showdown Slate articles and began tracking information about the winning lineups from the $10 showdown contests. It was something that didn't have a lot of content out there and I wanted to provide unique content while looking for patterns that we could use in 2019. I went back and researched the previous showdown slates and recorded information for the remaining ones of the 2018-2019 season. I used the $10, 150-max contest for this because this was the main contest for every Showdown Slate with an opportunity for a 6-figure payday for $10 if you were the solo winner and had the most entrants. I only did the featured game if there were more than one showdown games in a day (ATL-NO on Thanksgiving for example) and only tracked it for the regular season.

Based on the data (50 games), I'm going to list some key points to what I found. Included as part of the premium football subscription to My Fantasy Fix will be access to every single game from the 2018 showdown slates, so you can look for your own trends. I will be logging the same information for each primary 2019 showdown slate game as well, to further build information to see what trends from 2018 continue, and if any emerge. We do have to realize that this is only one year's worth of data, so while it should give us a lot of information, it's a small enough sample size to think that we could see some changes in results in 2019. But for now, I hope this gives you a decent starting point as you think about and start playing Showdown Slates in 2019.

Below is a sample of the showdown file from 2018 that will be on My Fantasy Fix. The actual file has every big primetime game through Week 17. But wanted to show everyone a sample of what I actually collected and what is in the spreadsheet.

This is where I, and probably a lot of people start our lineups at. It probably isn't surprising that RB and WR accounted for the captain in 34 of the 50 winning lineups. RB did edge out WR 18 to 16. Quarterbacks only were in the Captain spot nine times. Though it came close in the Chargers-Ravens Saturday night game in December, the kicker was never the captain in a winning lineup. Other facts about the Captain Spot:

This was the unknown coming into 2018. After these 50 games, here was the average positional build for winning lineups: 1.2 QB, 1.5 RB, 2 WR, 0.4 TE, 0.5 K, 0.4 DEF. In summary, you needed to have at least 1 QB, 2 WR, and 1 RB. From there, it looks like a second RB and a kicker would round out the lineup. I think the kicker was an underutilized play. They may not have had the great upside of the other positions but would return 2-3x or more value as they were usually priced around 3k. As for some other trends:

There is a lot of information to digest here. And if you subscribe to My Fantasy Fix, you can dig deeper into specific players and their performances, look at game totals, and common lineup builds with winning NFL teams and how many players from each team you should use. I hope this gives you something to think about when you build your showdown lineups for each slate, and gives you some guidance as to what to project and how to build them.