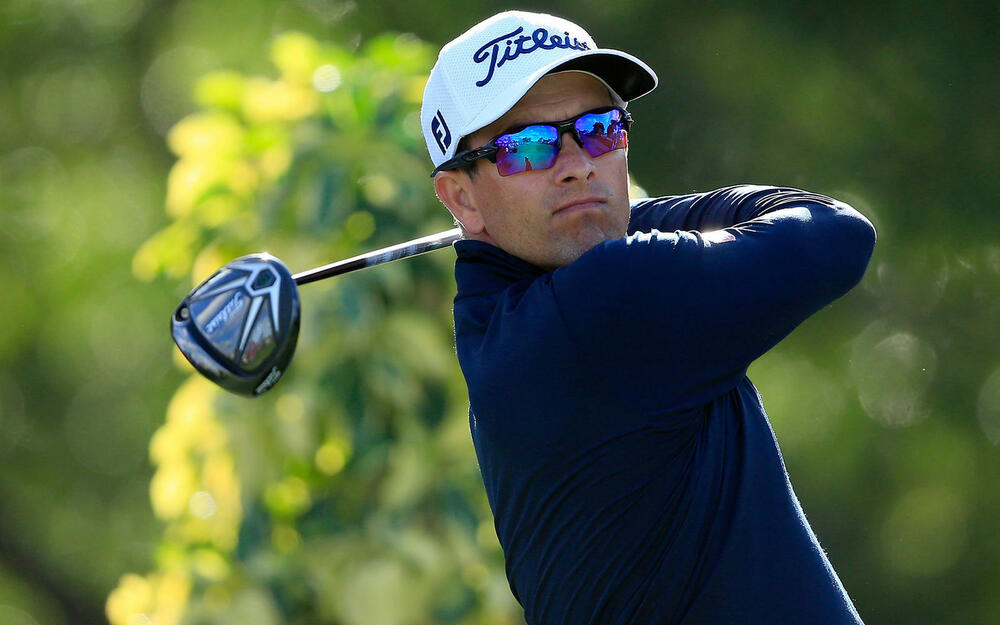 Temperatures should be in the mid to high 80s, maybe even seeing 90 on Thursday. Maybe a stray shower on Thursday afternoon, but nothing major. The wind will have a slight impact, with 10-13 mph winds on both Thursday and Friday afternoons. Maybe a gust up to 20 but nothing more. The calmest winds of the first two days is Thursday morning. So, I guess there is an ever so slight advantage to the Thursday AM/Friday PM wave, but not significant enough to change lineup or picks based on it.

We have a consensus highest projected owned player this week: Patrick Cantlay. He may approach 25% in contests from what I'm seeing. Justin Thomas and Webb Simpson are also trending towards high ownership. As far as the rest, here are other players who are in the Top 5 highest owned on Fantasy National and FanShare Sports, in no particular order: Justin Rose, Xander Schauffele, Tony Finau, and Joaquin Niemann. I don't know if we see anyone outside of the three I mentioned earlier get to 20%, but these other players are names I could see at 15% or above. It also wouldn't surprise me if Gary Woodland, Brooks Koepka, Hideki Matsuyama, or Rory McIlroy hit that mark as well.

Football and Golf in the Fall on My Fantasy Fix

A few things about the upcoming fall here on My Fantasy Fix. James and I will continue to do our golf podcast during the Swing Season. It will most likely be posted on Tuesday nights. We will also give some opening thoughts on the upcoming week in the NFL season and look at the Thursday Night game. We're still deciding if they will be in one podcast or two separate ones.Those will still be free. There will not be a Wednesday Update for golf during the Fall Swing, but the tournament history and course ranks will still be posted by Monday night.

As far as the premium football content, this includes the optimizer (powered by the Fantistics projections), stat database, Sunday updates emailed to you, and the premium podcast to be posted by Friday night. The premium podcast will be a combination of James, Michael, and myself breaking down each game on the main Sunday slate. I will separately be including a brief write-up of top things to consider for the Sunday and Monday Night Showdown slates. We are working on having a chat service so subcribers can ask questions or chat with us before and during the games. It is $99.99 for the season or $34.99 per month. We hope you will join us and if you have any questions, please let us know.

Finally, if you want a chance to win a free subscription, we ask that you do 3 things: On Twitter, we have pinned the post Michael had last week describing all of the things included in the football subscription. To have a chance to win a free subscription, we want you to LIKE and RETWEET that pinned post. The third thing is that you must follow @MyFantasyFix on Twitter. That's it. Before the season starts, we will pick one person at random to win the subscription. The best part for those of you reading this: the link to the tweet is above. Takes less than a minute to do all of these things and could result in a full season subscription. Pretty good effort for your time if you win!

That's all I have for this week. Good luck in all of your contests as the Playoffs start.

It's still taking me some time to get used to this being the first playoff event, and not the PGA Championship. The Top 125 players in the FedEx Cup Standings make the playoffs, but this week's field will be no greater than 122. Paul Casey, Henrik Stenson, and Sam Burns are not playing, despite being in the Top 125. With the Top 70 in the standings this week moving onto the BMW Championship, Burns and Stenson's seasons are over, as they enter this week below 70th place in the standings. There are no alternates for anyone else who may withdraw, and there is no MDF. So if 81 golfers make the cut, all 81 will play the weekend; no secondary cut.

In 2013, Adam Scott won at -11, and the cut was Even par. You can look at the 2013 results in the tournament history file, but outside of that, I don't know if it holds a lot of value this week. Recent form and course fit will be much more important. If you want to really dig into this more, the 2017 Presidents Cup was also held at Liberty National. As far as the stats, I think you will want to focus on Approach/GIR, along with birdie ability and proximity form 200+ yards. I don't mind looking at Par 5 scoring, as that popped as being important in 2013. Eight of the eleven Par 4s fall from 400-500 yards (3 from 400-450, 5 from 450-500) so that can be included as well. I don't know how much I will emphasize current FedEx Cup position going into this. That may be more of a factor for weekend tournaments but I don't see the need to factor it in for the entire tournament.