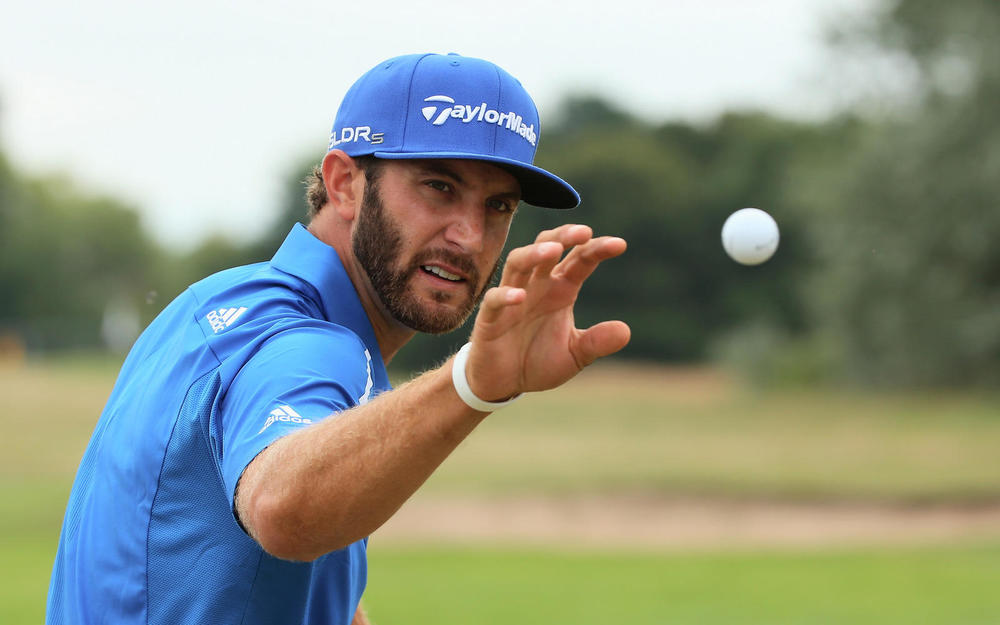 No rain in the forecast, temperatures around 55-60 degrees. Only wind concern looks to be Saturday afternoon, with 15 mph winds, and gusts up to 20 mph. When thinking about this, I don't think you want to be on the easiest course, Monterey Peninsula, during the highest winds as you simply will lose a couple of scoring opportunities. I also don't think you want to be on the toughest course, Pebble Beach, during this time. The only reason I would list Pebble as being ok to be on during this time is that the best players are likely to be here, due to TV schedules. My thought is to give a slight edge to those who will be at Spyglass on Saturday. Not only is is the medium course, but I believe it is the most protected from the ocean and winds. There's still holes by the ocean but not as much as the other two courses. I don't know how significant of an edge you can get from the wind, but I think it can be used as a tiebreaker. In order from best to worst course to be at on Saturday, it would be: Spyglass, Pebble, Monterey.

There are some disagreements between Fantasy National and FanShare Sports as far as how highly owned some players may be. Fanshare has quite a few above 20% and a couple trending towards 25% (DJ and Knox), while Fantasy National only has one over 20% (Casey). It's a big gap for DJ on both sites, so this uncertainty will be interesting to see how it plays out. Here are some other golfers, in no particular order, who are in or around the Top 10 highest projected owned plays on both sites, that haven't already been mentioned: Patrick Cantlay, Brandt Snedeker, Adam Hadwin, and Jason Day. There are others that pop up on one list but not the other. So, I think the names mentioned are likely to be the chalk options. One other note: Doc Redman looks to be around 10% in the 6k range. Generally, a double-digit owned golfer in this range is a pretty good game theory fade, as these golfers aren't the most consistent.

Only one this week, and it's a full disclosure note. I have some changes in my favorite plays. In the 7k, my lineup (only one this week) didn't have enough to make Jim Furyk work out. I think he still fits well here and would be a solid cash game play. But, I needed salary savings and liked Pat Perez enough at a 300 discount to take him. Doc Redman may be someone I get off of due to ownership. I haven't finalized my lineup yet but I won't be surprised if I get off him for that reason. Finally, Viktor Hovland won't be in my DFS lineup, but will be my One and Done pick.

This is the 3rd time in 4 weeks that we have a multiple course rotation. It is the last time until the Fall Swing. Like the American Express a few weeks back, the cut will be made after Round 3 on Saturday. Each player and partner (these amateur partners are more famous than the ones at the American Express) will play one round on each of the three courses, with Pebble Beach being the course everyone plays on Sunday. This tournament also has the weirdest cut rule we see all season. For FedEx Cup Points and Money Earned purposes, the cut is Top 65 and Ties. However, for a player to play Sunday, it's Top 60 and ties. So if 62 players finish at -5 for example after Saturday, the -4 players would still get a paycheck and FedEx Cup Points (important for One and Done players), but will not play Sunday. It is something you may want to consider as well if playing weekend contests.