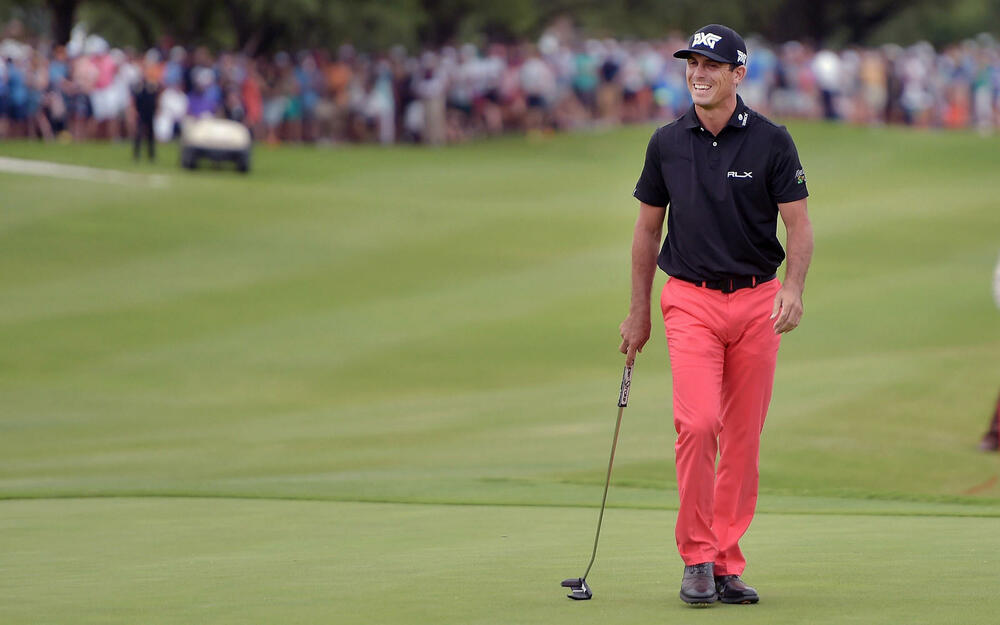 Seems like weather hasn't been an issue this year, but appears like it will be a slight issue this week. No rain for the first two days, but wind will play a factor. It's going to be pretty consistent for everyone on Thursday, with 15 mph winds and gusts up to 20. Maybe the last few holes on Thursday will have subdued winds. Friday morning looks like it starts with gusts up to 15 mph, but 10mph or less winds and gusts late morning and afternoon on Friday. I'm not sure if this is enough to greatly impact lineup decisions; however, I may lean slightly to Thursday AM/Friday PM as a tiebreaker if needed. If playing multiple lineups, it wouldn't hurt to stack tee time waves in case one does end up in an advantageous position.

As of early Wednesday afternoon, there appears to be some disagreement between Fantasy National and FanShare Sports with ownership projections. Gary Woodland, Billy Horschel, and Harris English are in the Top 6 projected owned on both sites. After that, a little bit of variance. Among other golfers who are nearing the top of these ownership projections (probably 15-20% range, maybe a couple get over 20%), in no particular order, here they are: Sungjae Im, Tommy Fleetwood, Brooks Koepka, Rickie Fowler, Byeong Hun An, Daniel Berger, and Russell Knox.

I think you can tell from the Course Difficulty that this is one of the toughest non-major events of the year. This will not be a tournament where you will see -15 win. Bogey Avoidance, Greens in Regulation, and Scrambling are among the key stats I'm looking at this week. If you're going to look at Par 4 Scoring, look for it from 400-450 yards, as 7 of the 12 Par Fours fall in that range. It's not the deepest field, as it has lost some star power due to the schedule changes that started last year. However, there is still a nice field of players here, including Koepka, Fowler, Fleetwood, and others. One thing you need to be aware of is that roster lock will be very early Thursday morning, especially for those in the western U.S. I believe it will be something like 6:30-7:00 am EST that they start, so those in the Mountain and Western time zones will probably still be sleeping when it starts. Just make sure your lineups are set come Wednesday Night. Also, like last week, I don't know if I will be doing a Wednesay Update this week. If I don't think I will, i will try to post something Tuesday night, but no promises.

Finally, there are many ways you can support us for keeping this free. Rating us well on your favorite podcast streaming device is always appreciated. Another way is to consider some of our fantasy baseball products if you play in any fantasy baseball leagues. The software is especially helpful if you have some non-traditional settings in your league. A link to our products is below. We thank you for your support and wish you good luck this week at the Honda Classic.