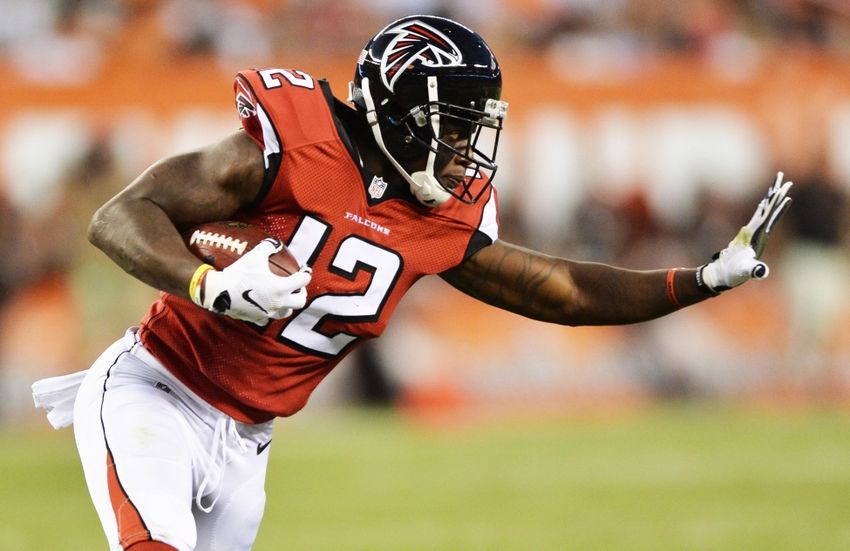 Welcome to Week 2 of our Matchup Report where I try to highlight players who are in a favorable position for the upcoming week. Last week we nailed Tennessee Titans tight end Delanie Walker and did a solid job with Washington Redskins wide receiver Terrelle Pryor and Seattle Seahawks wide receiver Paul Richardson.

Pryor had a couple of drops, but was targeted 11 times so I feel confident in the process and paid off for the cheap price that he was on DraftKings. Let's keep it rolling in Week 2.

Falcons Wide Receiver Mohamed Sanu - It didn't work out as much as we wanted last week, but the Green Bay Packers secondary is a unit we will attempt to target all season long. The Falcons were one of the best offenses at home in 2016 and that shouldn't change this year. These two teams squared off against each other twice last season, both games in , and the Falcons scored 33 and 44 points respectively. It should come as no surprise that the over/under in this matchup is 54. There will be points and we need to be invested. Julio Jones is the chalk of the week at the wide out position, but it's his teammate Mohamed Sanu that could be the GPP option. In the two contests against the Packers, Sanu finished with 14 catches for 136 yards, two touchdowns on 17 targets.

The popular pivot from Jones may be Taylor Gabriel or even Austin Hooper, so this could be a prime spot to get Sanu at low ownership. It may not even be the worst idea to use both Jones and Sanu in a game stack. The wide out is only $5,300 on FanDuel and $4,500 on DraftKings. One other note in Sanu's favor is he is coming off a Week 1 performance that saw him catch six passes for 47 yards. Sanu also had nine targets, which led the team.

Jaguars Wide Receiver Marqise Lee - I'm shaking as I write this as it's never a comfortable feeling investing in the Jaguars passing game. However, there are a few factors in Lee's favor. Allen Robinson is out for the season with a torn ACL which means Lee will be asked to carry the passing attack along with teammate Allen Hurns. Also, Lee is only $3,800 on DraftKings and faces a weak Tennessee Titans secondary. According to the My Fantasy Fix Matchup Grid, the Titans secondary ranked 30th in the league in the final eight weeks of last season by allowing 213 receiving yards per game along with 10 touchdowns. They didn't do anything in Week 1 to change people's minds as Oakland Raiders quarterback Derek Carr was able to get the ball to wide receivers Amari Cooper and Michael Crabtree with ease.

Jaguars quarterback Blake Bortles along with Lee and Hurns aren't close to the same class as the Raiders, but it should be noted that Bortles threw for over 300 yards in both games against the Titans in 2016 to go along with four touchdown passes and no interceptions.

Buccaneers Running Back Jacquizz Rodgers - Even with the maturation of quarterback Jameis Winston and the added pieces in the passing game, the Buccaneers want to run the football. The team ranked seventh in the NFL last season in rushing attempts with 453 and should once again be committed to handing the ball off. When Rodgers was the feature back for the Bucs last season, he touched the ball at least 15 times, including one game with 26 carries and another with 30 carries. The Chicago Bears run defense ranked 26th in the NFL in the final eight games of last season by allowing 104 yards per game according to the My Fantasy Fix Matchup Grid.

They did keep the Falcons running game in check in Week 1, but they were home and this game will be played in with the Bucs currently a 7.5 point favorite. The game script could dictate the Buccaneers relying on the run game, especially late. Rodgers is only $4,400 on DraftKings which is an incredible price for a guy that should touch the ball at a minimum, 15 times.