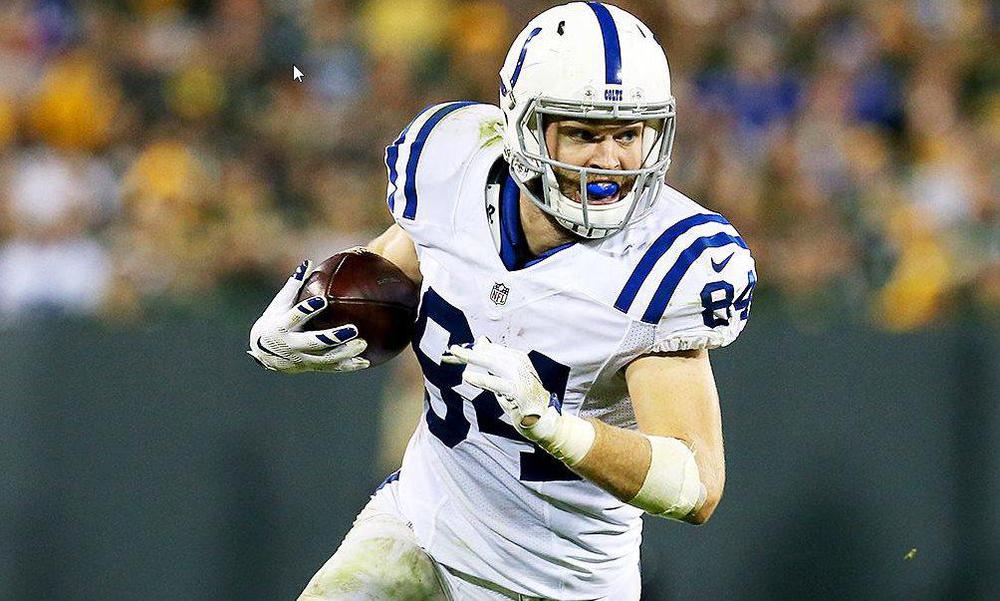 Welcome to Week 3 of our Matchup Report where I try to highlight players who are in a favorable position for the upcoming week. Last week was another solid performance as Atlanta Falcons wide receiver Mohamed Sanu, Jacksonville Jaguars wide receiver Marqise Lee and Tampa Bay Falcons running back Jacquizz Rodgers all came through and easily hit value.

Let's keep the good vibes rolling and highlight a few more players who can help build a solid DFS lineup for us this week.

Colts Tight End Jack Doyle - The tight end that has the sixth most catches among his position is currently priced as the 16th tight end on FanDuel at $5,300 and 14th on DraftKings at $3,600. Doyle now faces a Cleveland Browns defense that allowed Pittsburgh Steelers tight end Jesse James to catch six passes for 41 yards and two touchdowns in Week 1 and the Baltimore Ravens tight ends to catch a total of 13 passes, headlined by Ben Watson's eight catches for 91 yards in Week 2. Another factor in Doyle's favor is he never comes off the field as he has played 96 percent of the Colts snaps through the first two weeks. The price along with the matchup makes this a very solid move when building lineups this week.

Browns Running Back Isaiah Crowell - We're staying with the Browns-Colts matchup and looking on the side of the ball. Crowell has been a disappointment through the first two games of the season as he is only averaging 2.6 yards per carry after averaging nearly five yards per carry in 2016. The 24-year-old has only two catches this season after hauling in 40 a year ago. The Colts were ranked as one of the worst run defenses last year, but have played well through the first two games in 2017.

They held Los Angeles Rams running back Todd Gurley to 2.1 yards per carry in Week 1, but allowed Gurley to haul in five passes for 56 yards. This is important because according to the My Fantasy Fix DFS Weekly Matchup Grid, the Colts rank dead last in the last eight weeks in receiving yards to running backs. Unfortunately, the Colts squared off against the Arizona Cardinals a week after losing David Johnson so it's difficult to get a great read on if their run game has really improved. The game flow should allow Crowell to be heavily involved in both the passing and run game so this very well could be the game we see Crowell return to form and at only $4,800 on DraftKings, get him at a very nice discount.

Raiders Wide Receiver Amari Cooper - The wide out is the most talented at his position on the Raiders, but it has been Michael Crabtree who has been more successful through the first two games. Crabtree has 12 catches for 163 yards and three touchdowns compared to Cooper's nine catches for 95 yards and one touchdown. The Raiders face a Redskins pass defense that ranks 28th in yards allowed this season and have allowed 24.6 fantasy points to wide outs over the last eight weeks according to the My Fantasy Fix DFS Weekly Matchup Grid. Despite the lack of stats, Cooper is still being targeted more than any other receiver on the Raiders by quarterback Derek Carr. This game has an over/under of 54.5 so we want exposure. I think with Crabtree's early season success, he will be higher owned even though Cooper has more upside. Cooper is also cheaper on DraftKings than his teammate with a price tag of $7,100 compared to Crabtree's $7,400. The duo is priced the same on FanDuel at $7,700.