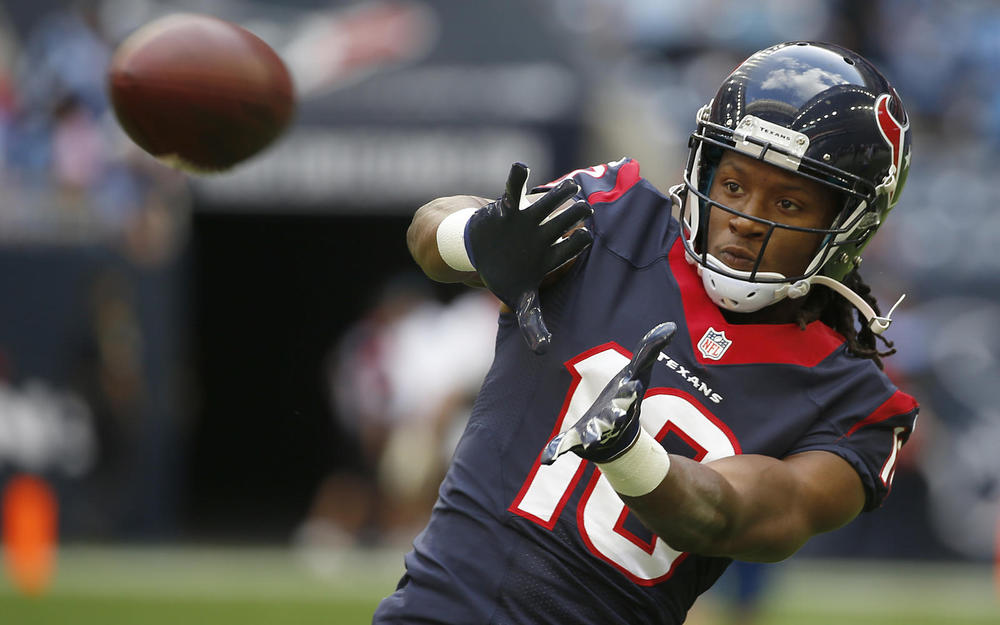 Welcome to our Week 4 matchup report as we try to highlight players in a favorable position for the upcoming week. The players we spotlighted last week didn't come through for us, but I believe in the process that was taken and I'm ready to shake it off and bounce back.

Texans Wide Receiver DeAndre Hopkins - has been solid through the first three weeks as he has recorded seven catches in each contest. However, fantasy owners are still waiting for that monster game from the wide out and it could happen this week against the Tennessee Titans. According to the My Fantasy Fix DFS Matchup Grid, the Titans rank 24th to wide receivers over the last eight weeks and they are currently allowing 286 yards through the air in 2017. also leads the entire league in targets with 37 so the opportunities to make plays will be there. Our Fantistics projections have catching eight balls for 102 yards and a strong chance to score a touchdown. If we factor all of this along with him being priced 10th among wide receivers on FanDuel and DraftKings, makes a nice mid range target for the upcoming week.

Raiders Tight End Jared Cook - If you listened to the Week 3 edition of Bros and Football with Chris Cichon and me, Cook was a cheap tight end we mentioned and he came through. I'm going to highlight him here which will raise some eyebrows due to the Raiders heading to the "No Fly Zone" in to take on the Broncos. Fantasy owners should avoid Derek Carr and the wide receivers for the Raiders this week, but surprisingly, the Broncos struggle against the tight end position. The Broncos have allowed a tight end to score in each of the last two games while allowing 17 catches in that span. If the Raiders have any success moving the ball through the air, it more than likely will come in the direction of the tight end. Cook is priced at 3,400 on DraftKings and $5,500 on FanDuel.

Tampa Bay Buccaneers Running Back Jacquizz Rodgers - The Bucs running back cracks the list for the second time in four weeks, but it once again looks like the price along with the matchup are in line for Rodgers. The Buccaneers want to run the ball and in their first game of the season in Week 2, the running backs combined for 31 carries, 19 of those going to Rodgers. Unfortunately, last week the game flow dictated that the Bucs had to throw the ball so Rodgers was only able to carry the ball five times. This week against the New York Giants, the Bucs are three point favorites so they should be able to play their type of football. The Giants rank dead last this season in rushing defense as they have allowed 153.3 yards per game. According to the My Fantasy Fix DFS Matchup Grid, the Giants rank 30th in fantasy points allowed to running backs over the last eight games. Rodgers is still cheap on FanDuel and DraftKings and this is his last game as the primary ball carrier as Doug Martin will return next week from his suspension.

Jets Running Back Bilal Powell - Fantasy owners have been hugely disappointed in Powell through the first three weeks, but they may finally be rewarded this week. Matt Forte is expected to miss the game against the Jacksonville Jaguars due to turf toe which will open the door for Powell to be the primary ball carrier. The Jags are dominant against the pass, but surprisingly struggle against the run. I prefer Powell more on DraftKings due to his price, but also because of game flow. There's a chance the suffocating Jaguars defense creates turnovers which could limit how many carries Powell receives. However, he could see a lot of check downs which makes him a nice cheap option in PPR formats.