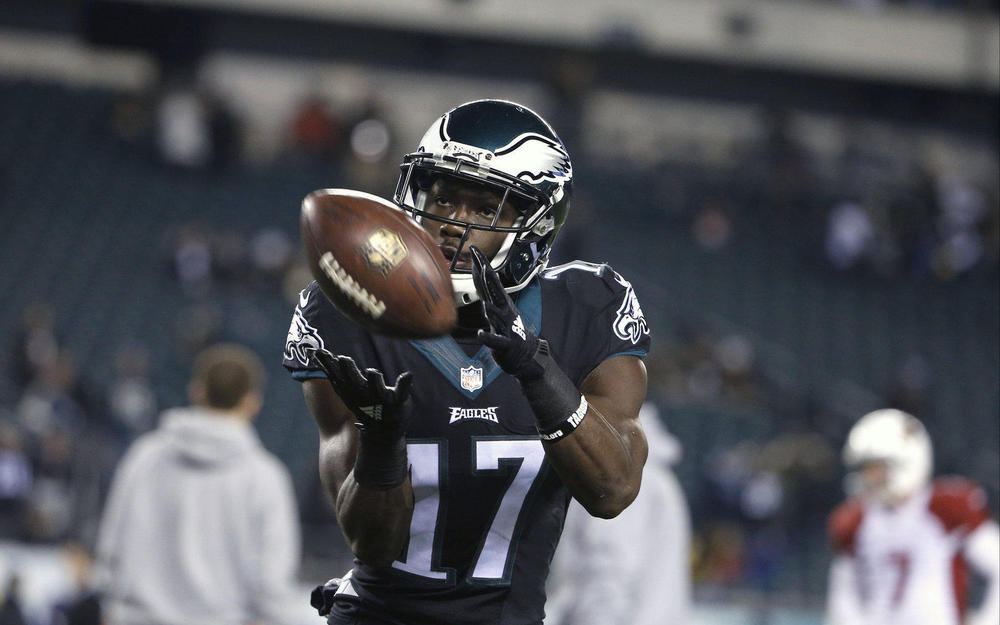 Welcome back to our weekly Matchup Report as we try to highlight players in a favorable position for the upcoming week. We have played seven weeks so the data we have is strong enough to come up with conclusions. This doesn't mean the players we choose will always perform, but the process of identifying who we want in our lineups has enough statistical backing that it's easier to sleep at night if it doesn't work out.

This week it appears we want to spend up at the wide receiver position as there are many elite wide outs in favorable spots and we want to try as hard as possible to fit them in. The key for this week is finding cheaper players who will perform in order to fit the high end receivers.

Cincinnati Bengals Quarterback Andy Dalton - This is a DraftKings specific play as Dalton is only $300 cheaper than Philadelphia Eagles quarterback Carson Wentz on FanDuel and that is the prefer option on that site. However, sits at $5,700 on DraftKings which is the 14th priced quarterback and $1,500 cheaper than Wentz. squares off against the Indianapolis Colts this week and according to the My Fantasy Fix Matchup Matrix, the Colts rank 29th against quarterbacks over the last eight weeks. Since Week 4, the Colts have allowed quarterbacks to throw for at least 290 yards including last week when the struggling Blake Bortles of the Jacksonville Jaguars torched them through the air for 330 yards.

We always like A.J. Green so pairing these two is always a great idea, but tight end Tyler Kroft still remains under priced on DraftKings at only $3,000. Kroft has scored three touchdowns in his last three games yet is priced as the 20th tight end on DraftKings. The Bengals are in a great spot and there's a lot of different ways to build lineups with them to get exposure to their offensive weapons.

Philadephia Eagles Wide Receiver Nelson Agholor - The third-year wide out has gone from first-round bust to a quality fantasy asset. Agholor has scored a touchdown in three straight games and has carved out a nice role in the Eagles' offense out of the slot. The Eagles take on the winless 49ers and Agholor has the best matchup from any wide receiver this week according to Pro Football Focus as he will take on K'Waun Williams. Agholor is only $5,500 on DraftKings and $6,000 on FanDuel which are two nice prices to fit around the studs we want to roster.

Patriots Running Backs Dion Lewis and James White - It's never a comforting feeling targeting the backfield of the Patriots, but this week I think we have to. Lewis and White have become the clear cut running backs in the offense with Lewis leading the way as the ball carrier and White as the pass catcher. The Patriots take on the Los Angeles Chargers this week and according to the My Fantasy Fix Matchup Matrix, the Chargers rank 30th against the running back position over the last eight weeks.

We can't let price decide which running back we would rather have as they are both nearly the same price on both sites so I'm going to let Vegas do it for me. The Patriots are currently 8.5 point favorites so they could have the game in hand late in the fourth quarter. All we have to do is look at last week's victory over the Atlanta Falcons to see Lewis was the ball carrier down the stretch and White only had one touch in the fourth quarter.

I like them both and will probably have each equally this week, but not everyone can make multiple lineups, so if I had to choose one, I would lean towards Lewis.

Ready for even more DFS content and analysis? Sign up for a free seven day trial to our premium content to receive site-specific cheatsheets, in-depth position-by-position written analysis using advanced metrics and get access to our exclusive matchup matrix and target/redzone marketshare charting. Sign up here.