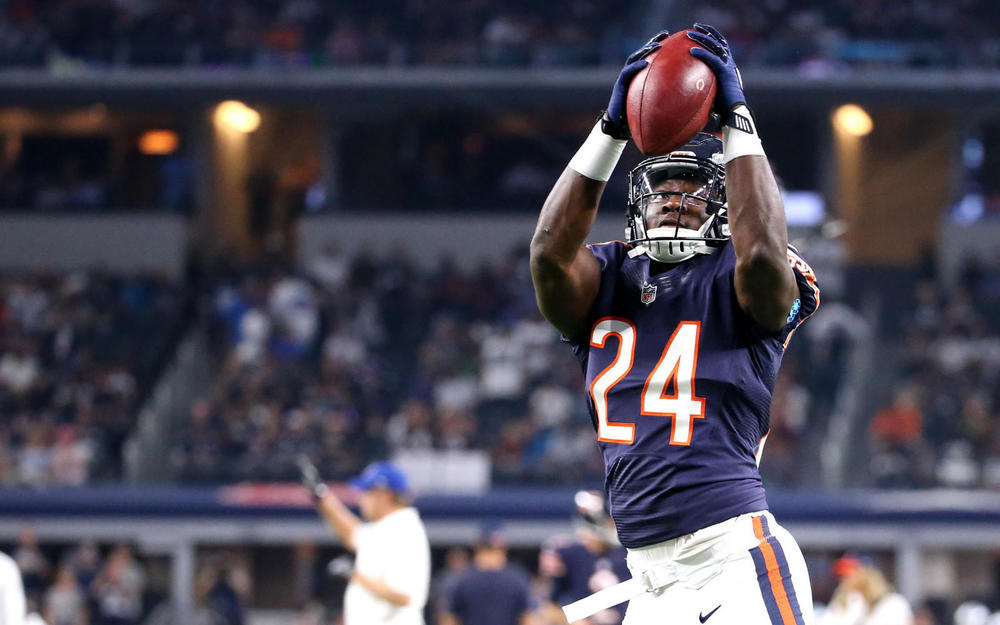 Welcome back to our weekly Matchup Report as we try to highlight players in a favorable position for the upcoming week.

Last week Adrian Peterson and Tyreek Hill came through for us, but I had many sleepless nights looking at the box score of Doug Martin's performance. I preach moving on no matter how well or poorly a player performs, but that one took a few days.

Chicago Bears Running Back Jordan Howard - Volume, matchup and price are three factors we look at when we are trying to identify players to roster in DFS. If we can get two of the three we consider that a victory, but when all three come together, that is a homerun.

That is what we are looking at this week with Howard as he faces a Green Bay Packers defense that ranks 26th in the league to running backs according the My Fantasy Fix Matchup Matrix over the last eight weeks. The Bears are also 5.5 point favorites at home and Howard has had at least 19 touches in every game since Week 3.

Those factors are all great, but it's his $6,100 price tag on DraftKings and $7,200 on FanDuel that makes Howard even more appealing. DFS players should be able to roster a high price running back and wide receiver along with Howard as a building block this week.

I will finally add that Fantistics has Howard as their second ranked running back this week, only trailing Le'Veon Bell of the Pittsburgh Steelers.

New York Giants Wide Receiver Sterling Shepard - I'm going to be honest now, it pains me to admit how much I like the Giants offense this week. Eli Manning, Evan Engram, Orleans Darkwa along with Shepard are all in play this week against the San Francisco 49ers. Engram is the safest, but he is also the most expensive as he is the highest priced tight end on the main slate for DraftKings and second highest on FanDuel.

Shepard is the next one I feel most comfortable with and can be used as the second or third wide receiver in cash game lineups this week. After dealing with injury, Shepard returned in Week 9 and immediately was involved as he received nine targets to finish with five catches for 70 yards.

The rookie wide out is only $5,500 on DraftKings and $5,700 on FanDuel with the matchup against the 49ers who rank 27th against wide receivers over the last eight weeks according to the My Fantasy Fix Matchup Matrix. Shepard also gets a boost as he should primarily be covered by K'Waun Williams who is ranked 112th among cornerbacks according to Pro Football Focus.

Tampa Bay Buccaneers Tight End Cameron Brate - It will be interesting to see how the Bucs offense performs without Jameis Winston under center and star receiver Mike Evans suspended. However, Ryan Fitzpatrick has performed well throughout the course of his career so I believe the Bucs will be able to move the ball, especially going up against a Jets defense that is allowing 234 yards per game through the air.

Evans is seeing nearly 25 percent of the targets by the Bucs this season so that will have to be spread elsewhere which gives players like Brate, DeSean Jackson and Adam Humphries a boost.

Brate is already seeing close to 16 percent of targets this season so there's reasonable expectation to believe that number could approach 20 for the upcoming week.

If that is the case, we have to like Brate's chances of performing well against a defense that is ranked 26th to tight ends over the last eight weeks. Brate is only $4,100 on DraftKings which puts him squarely in cash game conversation.