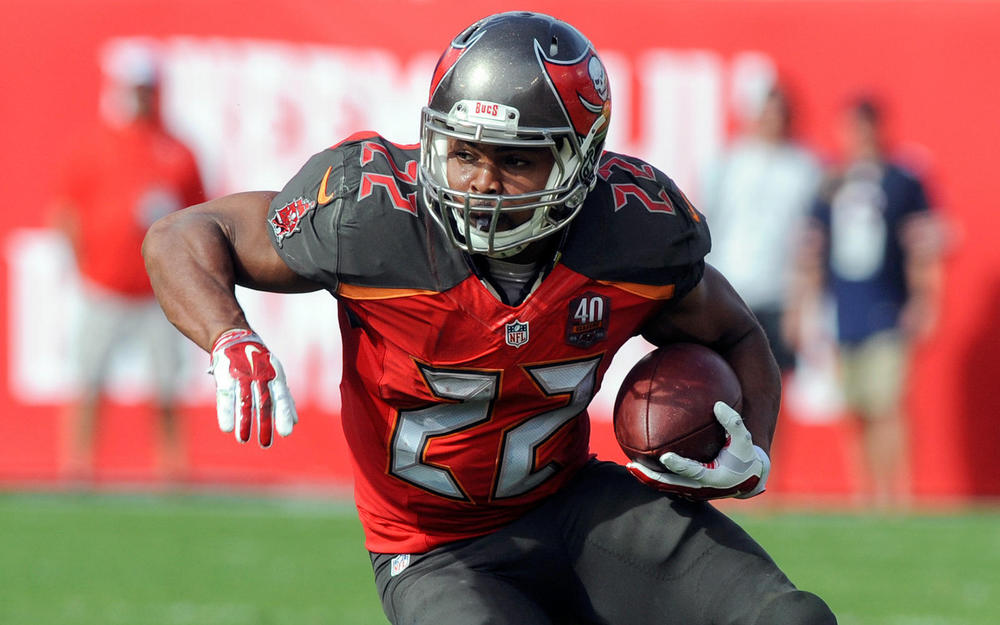 Welcome back to our weekly Matchup Report as we try to highlight players in a favorable position for the upcoming week. We continue to try and navigate through the bye weeks, injuries and now trades that have occurred in the NFL to find players that we can roster in DFS for the upcoming week.

Tampa Bay Buccaneers Running Back Doug Martin - The Bucs running back has been inconsistent since returning from suspension as he scored touchdowns in his first two games back, but has yet to rush for 75 yards in any of the four games he has played in. However, there are a few factors in favor of Martin this week. Since he has struggled, the price to roster Martin is still in the mid-tier range at only $5,800 on DraftKings and $6,700 on FanDuel. Also, Martin remains heavily involved in the offense as he has touched the ball 41 times over the last two games.

Now the Bucs head to New Orleans to face the Saints with a game that has an over/under total of 51. The Saints have also allowed back-to-back 100 yard rushers in Jordan Howard and Aaron Jones. I think a lot of people will attack the Bucs passing game due to the high over/under, but it's been the running game that has been effective against the Saints in recent weeks.

Arizona Cardinals Running Back Adrian Peterson - The veteran running back dominated in his first game with the Cardinals as he rushed for 134 yards and two touchdowns. Just as fantasy owners were ready to hop back on the bandwagon, the 32-year-old followed up his big performance with a dud as he rushed for only 21 yards against the Los Angeles Rams. The question remains; who is the real Adrian Peterson?

Somewhere in the middle as I think he has some juice left in the tank, but it will be hard to expect epic performances like we saw in his first game. Peterson was the product of game flow in the second game as the Cardinals failed to score a point and lost 33-0. That will continue to be the case all season long, so we need to target Peterson when we believe the Cardinals have a good chance of winning or keeping the game close. I believe that is this week against the San Francisco 49ers. The Cardinals are currently two point road favorites so we have to like the chances of Peterson touching the ball at least 20 times this week, especially with Drew Stanton under center.

According to the My Fantasy Fix Matchup Matrix, the 49ers rank dead last against running backs over the last eight weeks. Like Martin, Peterson is priced in the mid-range and is a nice solid option when constructing lineups this week.

Kansas City Chiefs Wide Receiver Tyreek Hill - Hill has been inconsistent this season as he has finished under 40 receiving yards twice in the last three games, but managed to sandwich those performances with a 125-yard game to go along with a touchdown. We know Hill is a dynamic playmaker and the upside is too good to pass up. Hill isn't cheap, but he can still easily fit in lineups this week. The Chiefs will take on the Cowboys in a game that has an over/under of 51.5 so we are expecting points. Also, Hill runs a lot of his snaps out of the slot and the Cowboys have been vulnerable from slot receivers this season as Jamison Crowder, Cooper Kupp, Larry Fitzgerald and Emmanuel Sanders all had success.

I'm feeling a game stack this week in GPPs and will probably have a lineup of Hill, Kareem Hunt, Dak Prescott and Dez Bryant.