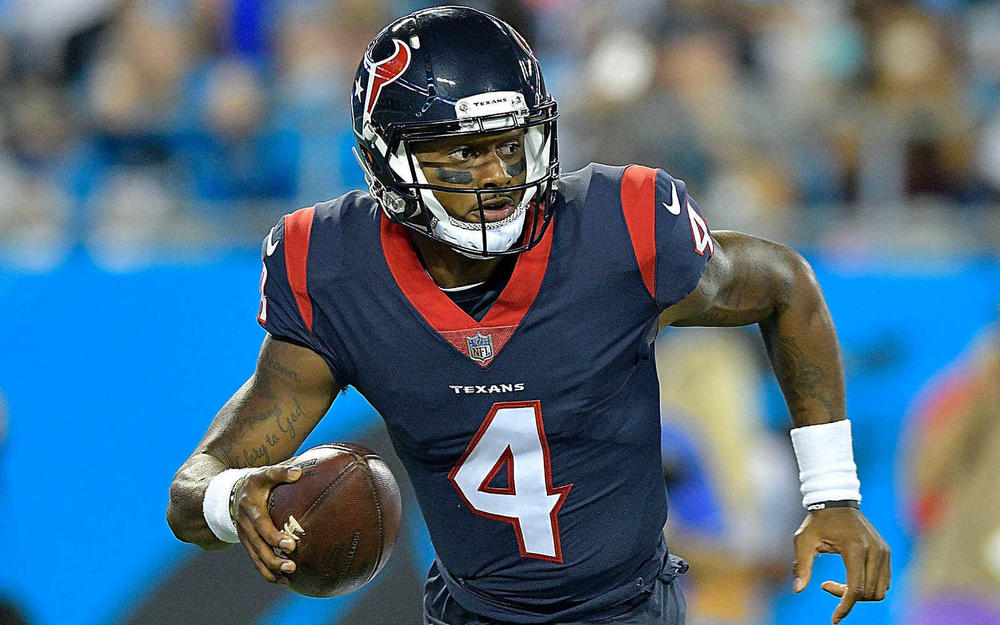 Welcome back to Week 3 of our matchup analysis where we try to highlight players who are in a favorable position for the upcoming week. We had a nice bounceback week as we were able to identify Carolina Panthers running back Christian McCaffrey and Philadelphia Eagles wide receiver Nelson Agholor. I'm still bitter that Drew Brees missed a wide open Ben Watson for a touchdown, but I'll get over it. It doesn't matter if we have a good week or bad week, we must shift our focus quickly to the upcoming games.

Houston Texans Quarterback Deshaun Watson - When building a cash game lineup, we are looking for players that can provide a high floor and I believe Watson will be one of those guys in Week 3. The second-year quarterback hasn't been hesitant to run since returning from ACL surgery as he has rushed for at least 40 yards in both games this season and was able to throw for 310 yards against the Tennessee Titans in Week 2. Watson now faces a Giants defense that has allowed at least 40 yards rushing from each of the quarterbacks they have faced in the first two weeks. Giving Watson four points before we even factor what he will do throwing is huge, especially at only $6,100 on DraftKings. I like the Texans offense a lot this week and Vegas agrees with 24 projected points. A chalk stack will be Watson and DeAndre Hopkins, but it's been Will Fuller who has been a monster when Watson is under center. They have better chemistry than couples who have been married for more than 30 years.

Philadelphia Eagles Running Back Corey Clement - This will be extremely chalky, but sometimes we have to eat the chalk. Clement is only $4,300 on DraftKings and $5,800 on FanDuel which is way too cheap for a running back who should touch the ball at least 15 times with Jay Ajayi expected to miss this week with a back injury and Darren Sproles also extremely doubtful with a hamstring injury. Clement as been effective in the passing game as well as he has hauled in 15 catches since last year's playoff run by the Eagles. Philadelphia takes on the Indianapolis Colts who allowed six receptions to the Bengals running backs in Week 1 and an eye popping 16 catches by the running backs on the Washington Redskins. I know we play the game theory in tournaments, but I will find ways to differentiate elsewhere if Ajayi and Sproles are indeed out and lock in Clement.

Los Angeles Rams Wide Receiver Cooper Kupp - This article is based on matchups, but sometimes there's a drastic price discrepancy that it needs to be pointed out. In Week 1, Kupp saw nine targets which resulted in five catches for 52 yards and a touchdown. In Week 2, Kupp converted all six of his targets in to 62 receiving yards. The second-year wide out's price in Week 1 was $5,400 on DraftKings and went up to $5,500 in Week 2 which makes sense. However, the price has dropped to $4,900 in Week 3 despite scoring double digits each week. The matchup against the Chargers isn't great, but Vegas believes the Rams will be able to score as they have the third highest projected points this week. It should be noted that Kupp also is third in football with six redzone targets.