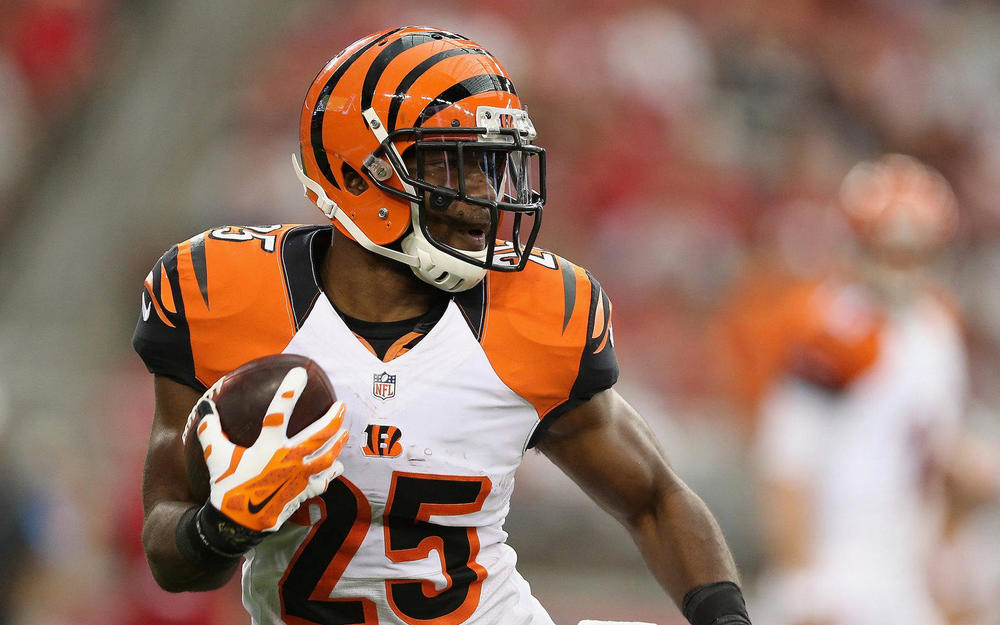 Welcome back to Week 4 of our matchup analysis where we try to highlight players who are in a favorable position for the upcoming week. Houston Texans quarterback Deshaun Watson and Los Angeles Rams wide receiver Cooper Kupp came through for us, but Philadelphia Eagles running back Corey Clement was just average and it was teammate Wendell Smallwood who was more productive. As always, time to move on to the next week.

Cincinnati Bengals Running Back Gio Bernard - We have been very successful picking on the Atlanta Falcons defense and we're not stopping now. The Falcons can not stop running backs from catching the ball as New Orleans Saints running back Alvin Kamara caught 15 passes in Week 3, Carolina Panthers running back Christian McCaffrey caught 14 passes in Week 2 and Philadelphia Eagles running back Darren Sproles caught four passes in Week 1. Bernard has 10 catches through three games and should once again be the feature back with Joe Mixon likely out for the second consecutive week. Bernard is $6,300 on DraftKings and $6,400 on FanDuel which is perfect for a player with so much upside. Bernard is one of the first players I'm locking in my lineups this week.

Cleveland Browns Wide Receiver Jarvis Landry - Landry was a mild disappointment in Week 2, but he has been more than productive overall through three games as he ranks 10th in the league in receiving yards with 278. Landry has been known as a possession receiver, but this year he is averaging the most yards per catch in his career with 13.9. The Browns will turn to rookie Baker Mayfield and usually a quarterback switch and one that involves a rookie would make me hesitant, but I think it will benefit Landry as Mayfield has a much stronger arm that Tyrod Taylor. Landry also has a top seven matchup this week according to Pro Football Focus as he will be guarded by Oakland Raiders defensive back Leon Hall.

Indianapolis Colts Tight End Eric Ebron - The former Detroit Lions tight end let fantasy owners down last week when many thought he would have a great game due to teammate Jack Doyle being out. That wasn't the case as Ebron only caught five passes for 33 yards. All signs point to Doyle being out again in Week 4 which means Ebron will once again be the main tight end for the Colts. Since he was a bust in Week 3, many will avoid him this week which is great news for us. If we look closer, Ebron led the Colts in targets last week with 11 and played 82 percent of the snaps. The Colts will face the Houston Texans who rank dead last against the tight end position in defensive DVOA according to Football Outsiders. We need to have a short memory in DFS and I think Ebron is primed to have a bounce back game.