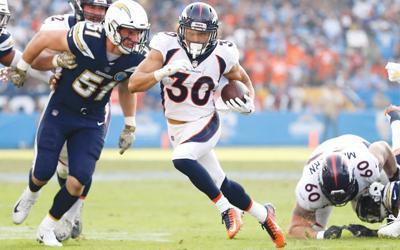 Welcome back to Week 13 of our matchup analysis where we try to highlight players who are in a favorable position for the upcoming week. We had a nice bounce back week as Cleveland Browns running back Nick Chubb absolutely smashed for us and Indianapolis Colts running back Marlon Mack finished with 85 rushing yards along with two receptions. Hopefully, this was the start of a nice streak.

Denver Broncos Running Back Phillip Lindsay - We're going to continue to pick on the Cincinnati Bengals defense as they continue to struggle. Lindsay is the next running back that will be in line for a big day. Lindsay continues to play well as he is coming off a performance against the Pittsburgh Steelers in which he rushed for 110 yards along with a touchdown. It's also encouraging that he continues to play more and more snaps as he was on the field a season best, 63 percent of the time. The Bengals rank 28th in rush defensive DVOA according to Football Outsiders and have been shredded by running backs in recent weeks. Lindsay is only $5,400 on DraftKings and $7,000 on FanDuel which is a great price in all formats. My Fantasy Fix currently has Lindsay projected at under eight percent ownership this week. If that holds true, I will have a ton of the Broncos running back in tournaments.

Los Angeles Rams Wide Receiver Josh Reynolds - The Rams will have three wide receivers on the field no matter who the personnel is and that was proven when Reynolds played 98 percent of the snaps in Week 11 as Cooper Kupp's replacement. Reynolds doesn't run exclusively out of the slot like Kupp did, but his large amount of playing time makes him an intriguing target. The Rams take on a Detriot Lions defense that is ranked 31st in pass defensive DVOA. Brandin Cooks should be shadowed by Darius Slay so Reynolds won't see the defensive back when he moves to the outside. The Rams have an implied team total of 32.25 and Reynolds is only priced at $4,900 on DraftKings and $5,800 on FanDuel and makes for a nice mid-range receiving option.