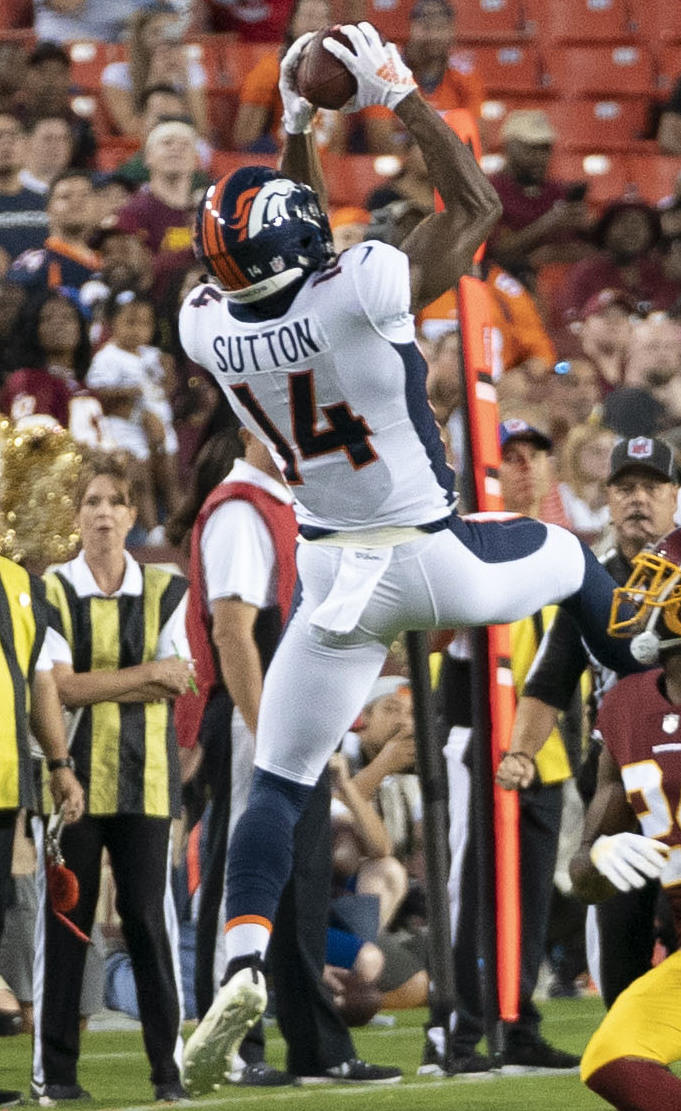 Welcome back to Week 9 of our matchup analysis where we try to highlight players who are in a favorable position for the upcoming week. We hit on two of our picks with Broncos running back Phillip Lindsay and Raiders running back Jalen Richard, but had a big whiff as Bengals tight end C.J. Uzomah finished with a big fat zero. It set up nicely for the tight end, but it wasn't meant to be. As always, time to move on and focus on Week 9.

Denver Broncos Wide Receiver Courtland Sutton - The Broncos traded Demaryius Thomas to the Houston Texans which has opened up the door for the rookie wide receiver to take more of a role in the offense. Sutton hasn't received more than four targets in each of the last three games for the Broncos, but that should change in Week 9 against the Texans. Sutton checks in at $3,900 on DraftKings and $5,500 on FanDuel which makes him a prime cash game play. Sutton will be extremely chalky so the argument could be made to fade him in tournaments. Even though he is more expensive, I think a nice pivot is to teammate Emmanuel Sanders who is already having a monster season and should only get more targets with the departure of Thomas.

Carolina Panthers Wide Receiver D.J. Moore - Recommending two rookies always makes me nervous, but both players should continue to be more involved in their respective offenses. It was finally a breakout game for Moore in Week 8 against a great Ravens defense as he caught five passes for 90 yards and finished with two carries for 39 yards. Moore is an explosive talent so it's good that the Panthers are finally using his skills. The rookie has a top 10 matchup this week among wide receivers according to Pro Football Focus as the Panthers take on a Buccaneers defense that is ranked dead last in total defensive DVOA and pass defensive DVOA according to Football Outsiders. Moore is priced at $4,300 on DraftKings and $5,300 on FanDuel and can be used in cash games for salary relief as we want to try and fit at least two of the stud running backs this week.

Cleveland Browns Running Back Nick Chubb - If starting a cash game lineup, two of Todd Gurley, Alvin Kamara and Kareem Hunt should be locked in to your running back spots. However, if filling a flex or if wanting to pay up at receiver in tournaments, Chubb is a strong option. The Chiefs rank dead last in defensive DVOA against the run and just had Broncos running backs Phillip Lindsay and Devontae Booker gash them for 173 yards in Week 8. A couple of concerns with Chubb is this game gets out of hand and the Browns rely more on Duke Johnson in the passing game. The new offensive coordinator from the Browns Freddie Kitchens also said they want to get Johnson more involved. However, Chubb is cheap at only $4,500 on DraftKings and $6,600 on FanDuel which negates some of that risk. If the Browns can somehow keep this game within striking distance, I think Chubb can easily rush for over 80 yards and possibly find the endzone.