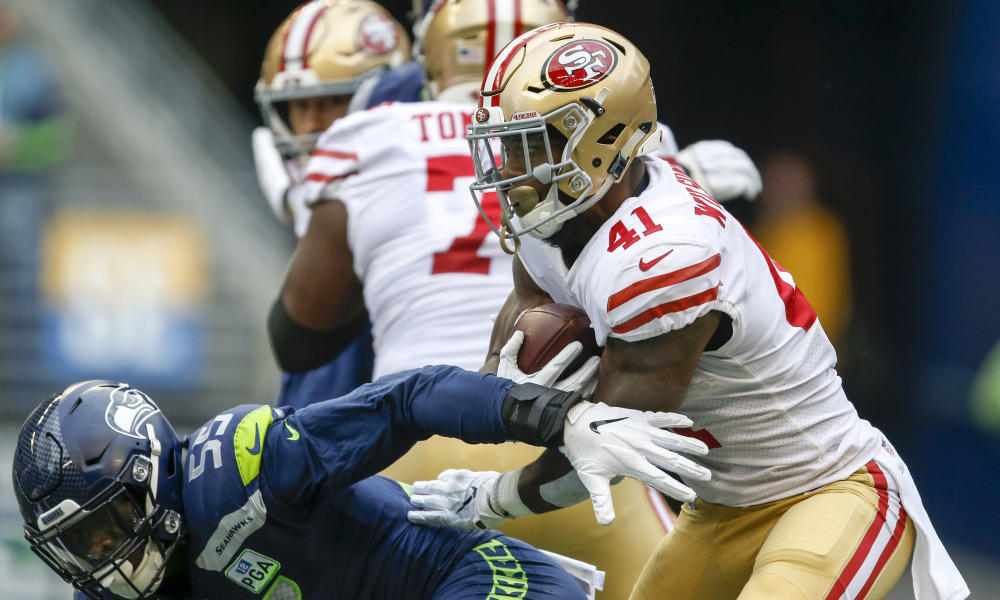 Welcome back to Week 14 of our matchup analysis where we try to highlight players who are in a favorable position for the upcoming week. Los Angeles Rams wide receiver Josh Reynolds let us down, but Denver Broncos running back Phillip Lindsay came through big time.

San Francisco 49ers Running Back Jeff Wilson - Matt Breida will be sidelined with an ankle injury which means Wilson will be the primary ball carrier for the 49ers. This week will be about the cheap running backs and Wilson should be in that conversation. Wilson is only $100 more on DraftKings than the super chalky Jaylen Samuels of the Pittsburgh Steelers and makes for a great pivot off of him in tournaments. Samuels is much more cheaper on FanDuel than Wilson so I would probably go that route. We're banking on volume as the Broncos defense is ranked third in defensive DVOA according to Football Outsiders. The spread is only four which is surprising with the way both teams are playing, but that benefits Wilson as well. Even if the Broncos do get a lead, Wilson was targeted nine times in Week 13. I like the opportunity, but I like the $3,800 price tag more on DraftKings and will be turning to Wilson for salary relief in Week 14.

New England Patriots Running Back Sony Michel - If you want a low owned running back that is an absolute smash spot, look no further than Michel. The Patriots are 7.5 point favorites over the Miami Dolphins and Michel has touched the ball at least 18 times in the last two games. The Dolphins rank 19th in rush defensive DVOA and allowed Bills quarterback Josh Allen to run wild in Week 13, Indianapolis Colts running back Marlon Mack to average nearly six yards a carry in Week 12 and Green Bay Packers running back Aaron Jones to rush for 145 yards and two touchdowns in Week 10. I know it's difficult to trust running backs from the Patriots, especially with Rex Burkhead back, but the Pats will expose a team's weakness. Michel's price tag is annoying at $5,900 on DraftKings and $6,900 on FanDuel, but that just means he will be underowned. I think Michel is an elite tournament target this week as the volume will once again be there along with a favorable game script.