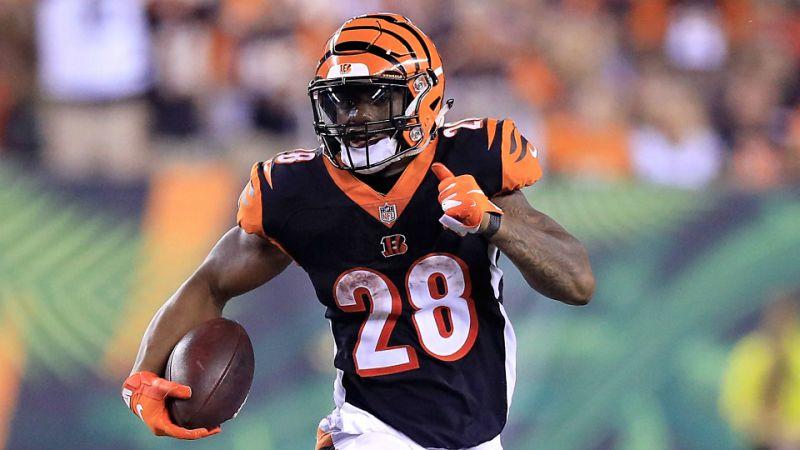 Welcome back to Week 15 of our matchup analysis where we try to highlight players who are in a favorable position for the upcoming week. It was an inconsistent Week 14 as San Francisco 49ers running back Jeff Wilson Jr. rushed for 90 yards, but New England Patriots running back Sony Michel failed to come through for us. I thought Wilson would be more involved in the passing game, but he did carry the ball 23 times. As for Michel, he was just ineffective, but I will always bet on volume and he carried the ball 20 times.

Cincinnati Bengals Running Back Joe Mixon - There is a glaring misprice this week on DraftKings and we need to take advantage. After rushing for 111 yards and catching five passes for 27 yards, Mixon's price decreased. Mixon now gets to face an Oakland Raiders defense that is ranked 27th in defensive DVOA. The Bengals are three point favorites and have an implied team total of 24.25. Mixon should be in store for another huge workload and is a cash game lock this week on DraftKings. Mixon is more appropriately priced on FanDuel at $7,800. He remains a viable play, but not a building block on that site.

Arizona Cardinals Wide Receiver Larry Fitzgerald - Slot receivers have performed well against the Falcons all season long and next up is the future Hall of Famer. Fitzgerald is extremely affordable on both sites as he is priced at $4,700 on DraftKings and $6,000 on FanDuel. The veteran has seen 15 targets over the last two weeks and should be in line for another game in which he will be the focal point in the passing game. Like Mixon, Fitzgerald makes for a nice option in cash games.

San Francisco 49ers Quarterback Nick Mullens - It's not every week that I'm recommending three players from bad football teams, but it doesn't matter who we get the fantasy points from, as long as we get them. Mullens is only a tournament option so please don't use him in cash games. However, at only $4,800 on DraftKings and $6,600 on FanDuel, he's worth a look. An easy stack is Mullens and tight end George Kittle. Mullens has thrown for at least 332 yards in his last two games and it was only two weeks ago that Mullens lit up up the same Seahawks secondary that he will be facing this week for 414 passing yards.