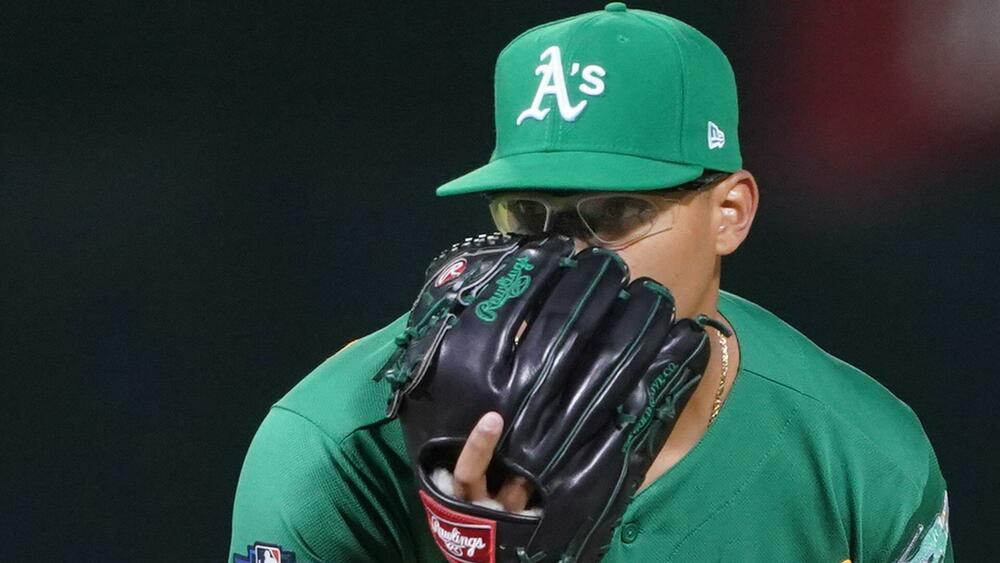 If anything, the 2020 Minor League Baseball Season and prospect development are even more screwed up than the major league season. It's going to be difficult to track players bubbling under in the minors because, well, first, there are no minors this year and because whatever stats come out and however these prospects spend their time this summer, you aren't going to be able to be confident when you hold the results up to the past as a measure of progress. We can set that aside for a bit however because the goal now is to identify some young players who are going to have an impact in this short season. Now, the rest of the staff here will deal extensively with Gavin Lux and Luis Roberts, who are the presumptive ROYs in each league as we open the season, so let's look at some of the less obvious ROY candidates. Michael Waldo and Schuyler Dombroske and I projected ROY candidate on Sirius last week and here is who we talked about.

Michael Waldo had Luis Roberts and Gavin Lux on his lists last weekend on Sirius when we talked about potential ROY winners as did Sky Dombroske, but Michael had Sam Hilliard as his pick to win the AL side of the award. The 26-year-old, 6-5/240 LHH made his debut in the majors last year with the Rockies, slashing .273/.356/.649 in 77 ABs with 7 HRs and 2 SBs. That's a pretty solid rate of production in a limited number of ABs and that rate could certainly make some waves over 60 games this year.

There are two things about his game that I don't want you to overlook. The first, as you look at his stat box below, is his speed game which posted 20+ SBs at both stops in the high minors over his last two seasons. His speed game is solid too, fueled with both good physical speed skills (especially for his size) and a strong understanding of the run game. That physical speed also gives him a leg up (pun intended) on ABs in a potential CF platoon because it gives him the kind of range that is needed to patrol the OF at Coors. So don't sleep on his speed and defense. The universal DH will also provide additional ABs for him, either in the form of direct ABs or an outlet for someone else so that Hilliard can play defensively and of course Ian Desmond's opt-out free up some ABs as well. So his potential playing-time opportunity this year appears solid as well. From a platoon standpoint, he also handles LHP pretty well with a higher BA (.268 to .259) and SLG (.571 to .551) than against RHP in AAA last year. He struggled against same-side pitching in AA in 2018 but it looks like Sam solved some of that puzzle last year.

Sam's raw power is legit and while he had some contact issues all through the minors (15.7% SwStr% and a 29% K rate in his last tour), he showed some plate approach promise in the majors last year with an 11% SwSt%, a 26% K rate and 10% BB rate, and a sub-30% BB rate (28.8%). Whether that stays as plate approach gains or whether that just means that as he concentrates less on contact in the majors this year, we will get some additional power in trade, we'll take it.

Speed, power, opportunity ... That's a nice combination. I think Michael is right. Unless pitchers find a hole that he needs to plug during the season, Sam could be a profit center this year. Long term, with regular playing time ("PT" here at Prospect Central) he could be a 24/12, or 26/15 type of contributor who won't drag down your plate rates too much, if all goes well. (Yes, I am ignoring the Rockies less-than-stellar recent history of getting players successfully launched in the majors)

Jesus Luzardo should probably have been discounted for this week's Prospect Central 2020 Opener, in the same way as I did Roberts and Lux as "obvious", but there are some understandable historical health concerns with Jesus and of course his COVID positive in July is a more recent health concern which derailed his summer camp and leaves him less-than-ready to take a slot in the starting rotation to start the season. He will work limited innings to start the year, whether that's as an opener, or a starter, or a piggyback, or a reliever, or all of the above. We still think he's going to pitch well, and if you drafted or re-drafted late maybe you got him on sale. We think he'll pay off.

The 22-year-old left-hander lost time last year to a rotator strain and then a lat strain that he suffered as he rehabbed his shoulder. He did manage to get his first 12 MLB IPs as reliever however last year (1.50/0.67) with an enticing 35% K rate (and 6.5% BB rate), and 14.6% SwStr%. And that was with just a 27% chase rate. He was simply beating hitters. As Jesus learns to expand hitter's zones as he matures he will get even tougher.

Jesus is a "stuff" guy, or more to the point perhaps a "life" guy. He threw FB (48%), Slider (31%) and Change (20%) with the A's last year, three very well developed pitches which he throws with command and control. His FB and SL are both 70 FV pitches because they have aggressive depth. He threw 96.4 on his fastball and his slider delta is 13+ mph below that with an aggressive Massachusetts-driver-worthy lane change, while on an off-ramp. It's a great combo, with velo, delta, and depth as his fastball dives when it's on. That resulted in a 54% GB rate in AAA last year (just 31 IP) and 42% in the majors.

That's all sexy. But it's the change that I am excited about right now. And his 20% usage tells you what he and the A's think about it. It sits nearly 10 mph below his fastball and what is coming along very nicely is its depth and run. It's not Pedro-esque, but on the current day scale, his change is lively and may become a better pitch than we dared hope.

I love this kid. Unfortunately in this shortened season, further shortened by his positive test, he's not going to get the innings of development we had hoped for in 2020, which means his full bloom may not arrive until the back half of 2021. But I think he's going to be damn good this year anyway. He just needs to stay healthy